Chronic venous blood return disturbance with venous hypertension in the standing position as well as consecutive edema formation in the ankle area. The consequences are chronic, with increasing persistence irreversible changes of the veins, the skin, the subcutaneous fat tissue and the muscle fascia(dermatoliposclerosis - or dermatolipofasciosclerosis).

CVI includes the various forms of primary varicosis and post-thrombotic syndrome and their sequelae.

Prevalence in the general population is between 3 and 11%. In a serial examination of 4530 persons (Tübingen study) aged between 20 and 70 years, stage I CVI was detected in 73% of the persons. The incidence of stage II and III CVI was 13 and 15%, respectively. The male/female ratio was reported to be 1:1.5. Risk factors (contribute to weakening of connective tissue and/or increase in venous pressure):

Either mechanical obstruction of venous return, e.g. by deep vein thrombosis, or by valve insufficiencies of the deep vein system, the Vv. perforantes or the superficial vein system, as well as the insufficiency of the additional pumping mechanisms (skin pump, joint pumps, muscle pumps, abdomino-thoracic two-phase pump).

Average age at development of the full clinical picture: 40 to 50 years.

Subjective sensation of heaviness or tension, and drawing or dull pain in the legs with oedema of the ankles and lower legs, especially on standing or long walking; relieved by lying down. Local tenderness of trophically disturbed parts. Nocturnal cramps of the calves.

Diagnosis
This section has been translated automatically.

Stage (CEAP C5 andC6): The compression therapy may be intensified in the centre of the ulcer with adapted foam pads. After diagnosis, periulcerous sclerotherapy if necessary. In addition, especially in the case of chronic congestion and therapy-resistant ulcers, there is an indication for ulcer excision (shave excision) and grinding of the depression. Furthermore, phase-specific ulcer therapy, see also wound treatment.

Naturopathy
This section has been translated automatically.

Leeches are applied to the congested limb over the corresponding varicose vein. The sucking act lasts from 20 minutes to 2 hours, during which the leech sucks 3-6 ml of blood. The saliva of the leech contains, among others, hirudin, calin, hyaluronidase, eglin, bdellin, apyrase, collagenase, destabilase, hementin and organase. These cause the wound to continue bleeding for about 12 hours, resulting in another 20 - 30 ml of blood leaking out. Therefore, place appropriate fleece or absorbent dressings under the wound.

Phytotherapy offers some preparations proven in studies, which lead to reduction of edema and inflammation, increase of venous vascular tone and lymphatic drainage with simultaneous sealing of capillaries. These phytotherapeutics may be indicated, for example, in contraindication to compression therapy.

Red vine leaves: (commercial preparation e.g. Antistax® extra). For chronic venous insufficiency grade I and II, a reduction of lower leg edema to the same extent as with compression stockings was demonstrated with a daily dose of 360 and 720 mg, respectively.

Hippocastani semen: Horse chestnut extracts(Aesculus hippocastanum) are well known as venous therapeutics. Highly concentrated extracts of Hippocastani sem en (the horse chestnut seed), with the efficacy-determining aescin, have been positively evaluated by Commission E for chronic venous insufficiency. Horse chestnut has an antiexudative effect due to its vasoconstrictive, astringent action, and at the same time it has a venous tonic and anti-inflammatory effect. It is administered systemically in a dosage of 2 x 50 mg dry extract per day. Preparations e.g. Venostasin retard®, Venoplant retard®, Aescorin forte®, Noricaven®.

Homeopathically, the drug is used in various dilutions, e.g. as Veno-loges® N solution for injection.

Pine bark extracts (no available monograph by Commission E). Pine bark extracts (mostly obtained from the French maritime pine, Pinus paster), are used, among other things, for the treatment of CVI. The drug contains the efficacy-determining catechin active ingredient pycnogenol (leucocianidol) . Administration of 50 mg/day of the standardized pine bark extract resulted in a marked reduction in edema in an 8-week, randomized, placebo-controlled study of 21 patients with CVI. In a comparison of 360 mg Pycnogenol with 600 mg horse chestnut extract, Pycnogenol was superior in terms of lower leg edema (commercial preparation: Pycnogenol®).

The grapevine or vine, Vitis vinifera, originally comes from the Caucasus. In the meantime, it also grows h...

Coumarin is a widespread substance in nature, readily soluble in ethanol, ether and essential oils, but lit...

Inflammation of small vessels (small vessel vasculitis), which is caused by deposition of circulating immun... 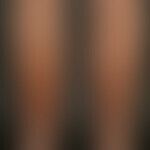 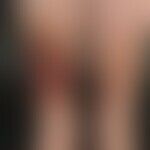 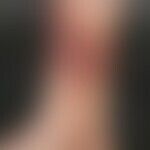 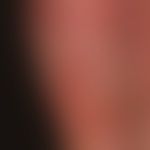 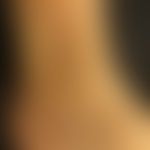