Flavonoids are a widespread (about 800 substances are known) polyphenolic group of substances in the plant world, which are present in numerous fruits and vegetables.
The name flavone (flavus lat. for yellow) is derived from plants such as the dyer oak, which were used to dye materials yellow. After the widespread use of flavones of other colours or colourless flavones became known, the group of substances was called flavonoids .

Flavonoids are chemically derived from the basic structure of flavan (2-phenylchroman). They consist of two aromatic rings connected by a tetrahydropyran ring. Flavonoids are divided into different subgroups according to the structural differences in their C-ring:

The general flavonoid structure can be modified by phenolic hydroxyl groups, conjugations with sugars, methoxy groups, sulfation and glucuronidation. These modifications contribute to structural diversity and have a decisive influence on their bioavailability and biological effects.

Isoflavones: Soya products are a good source of isoflavones such as genistein, which belongs to the phytoestrogens (vegetable oestrogens).

Candidiasis of the oral mucosa

Infestation mainly of the tongue, also of the mucous membranes of the cheek, soft and hard palate with indi...

With our daily food we take up to 1 g of polyphenols (including flavonoids and phenolic acids). About 40% comes from beverages (cola, coffee, tea, beer, wine), 30% from fruits and fruit juices, 15% from vegetables and 15% from nuts, potatoes and cereals (Pierpoint WS). Especially widespread are the flavonols(quercetin, onion, tea) and the anthocyanidins (in red fruits). Oligomers proanthocyanidins and other phenolic compounds called polyphenols also occur.

Flavonoids possess a variety of biological properties that contribute to tumor-protective effects in animal models. These results have not been proven in human biology.
Flavonoids are good antioxidants. The antioxidative effects and radical scavenging properties of flavonoids are structure dependent and have been investigated and found in various pilot studies in humans. Flavonoids have antioxidative effects and influence inflammatory processes, the hormone balance (especially phytoestrogenic isoflavones from soya) and cell growth. Protective properties consist in the ability to eliminate damaged cells by inducing programmed cell death (apoptosis) or to activate cell differentiation processes. Furthermore, flavonoids have antiphlogistic effects by inhibiting enzymes of the arachidonic acid cascade (cyclooxygenases 1 and 2, phospholipases and lipoxygenases).

Flavonols: Epidemiological studies show an inverse relationship between myocardial infarction (I21.9) and flavonol intake. An anticarcinogenic effect could not be clearly demonstrated.
Isothiocyanates: Other important plant active ingredients are sulphur-containing compounds such as isothiocyanates, which are precursors of glucosinolate, especially in cabbage-like vegetables such as broccoli. Isothiocyanates also modulate the metabolism of foreign substances in humans after ingestion of a diet rich in cabbage.

In general, flavonol and flavonaglycones are absorbed in the small intestine, conjugated to glucuronic or sulphuric acid in the liver or methylated at the hydroxyl groups and excreted through the bile. In contrast, glycosides are neither hydrolysed in the stomach nor split by enzymes in the gastrointestinal tract. They are therefore not absorbed in the small intestine and reach the large intestine, where they are deglycosylated by microorganisms and further broken down by splitting the C-ring. The resulting metabolites (phenolic acids) are then excreted in the urine.


Literature
This section has been translated automatically.

Glucoside of o-coumaric acid (bound coumarin), which occurs as a precursor of coumarin e.g. in Galium odora...

Lichen Islandicus, also called Iceland moss , is a drug used in herbal medicines for the treatment of mucos... 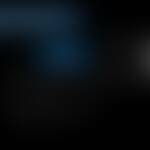 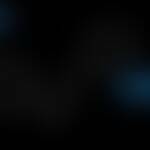 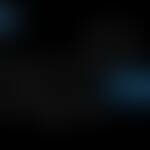