The term "apoptosis" was first coined by pathologists Kerr, Wyllie and Currie in 1972.

Apoptosis (Greek from apo - away - and ptosis - fall - in the figurative sense for the falling of leaves from the trees) is a special form of cell death occurring under physiological conditions in addition to terminal differentiation (see also necroptosis). There is a selective, gentle elimination of cells with encapsulation and elimination of the nuclear substance, potential autoantigens and harmful cell contents. In contrast to necrosis (e.g. in dermatitis solaris), no inflammatory reaction develops! For normal embryonic development, for immune functions (see below Immunity, acquired) and the maintenance of tissue homeostasis, apoptosis represents a key essential biological phenomenon. Misdirected apoptosis is found in neoplasms, viral and autoimmune diseases. This also affects cutaneous T-cell lymphomas.

Apoptosis and Inflammation: Apoptosis, unlike necrosis, does not trigger an acute inflammatory response. Apoptotic cells are removed by phagocytosis by macrophages or dendritic cells. This prevents the uncontrolled release of inflammatory cell contents and thus damage to neighboring cells (Nabhan S 2014). Phagocytes are attracted by specific chemokines ("find-me" signals) such as lysophosphatidylcholine, sphingosine-1- phosphate or low ATP and UTP concentrations. Specific surface signals, so-called "Eat-me" signals, subsequently mediate phagocytosis of apoptotic cells. This includes, for example, the exposure of the phospholipid phosphatidylserine (PS) from the cytosolic side of the cell to the initiation 3 cell surface (. Lauber K et al. 2004; Yoshida H et al. 2005; Gude DR et al. 2008).

Apoptosis and necrosis: Morphologically, necrotic and apoptotic cells can be clearly distinguished. Whereas apoptosis results in cell shrinkage and strangulation of apoptotic corpuscles with intact membranes, necrosis is not accompanied by vesicle formation, but rather severe cell swelling (oncosis) and eventually complete cell lysis (Van Cruchten S et al. 2002). Another distinguishing feature is chromatin condensation and enzymatic cleavage of DNA into fragments of defined length in apoptotic cells (Oberhammer FA et al 1994). In necrotic cells, on the other hand, the formation of DNA fragments of different lengths occurs because fragmentation here occurs at random sites (Zhang JH et al. 2000).

Common, chronic inflammatory, polyetiological disease of the sebaceous follicles, which occurs in a large p...

The process of apoptosis can be divided into two phases: initiation and effector phase. There are three different processes of initiation:

Extrinsic pathway (apoptosis type I): This pathway is initiated by ligand binding to a receptor of the TNF receptor family (e.g. Fas = Apo-1 = CD95 see below tumor necrosis factor-α). The best known apoptosis effectors are the Fas ligand and its receptor Fas. (Note: The name "Fas" has no further meaning and is a coincidence in the discovery of this protein in 1985; its meaning as apoptosis receptor protein "Apo-1" was recognized only later) The mature Fas protein has 319 amino acids and a molecular weight of 48 kiloDaltons. It is divided into 3 domains: an extracellular domain, a transmembrane domain and a cytoplasmic domain. Besides Fas and Fas ligand, there are numerous other ligand-receptor interactions that lead to apoptosis. Both Fas ligand and TNF belong to the "TNF superfamily", Fas and TNFR-1 to the "TNF receptor superfamily". These "death receptors" have a "death domain", abbreviated DD) in their cytoplasmic part. Ligands are e.g. tumour necrosis factor (TNF) and other cytokines, which are produced by T-lymphocytes, among others. First, the TNF-receptor associated protein (TRADD) is activated. Then the "Fas associated protein" with the death domain (FADD) binds to the DD of the TRADD. FADD (see FLIP) also has a death effector domain - DED, through which a protease, the so-called initiator caspase proCaspase 8 (see caspases below) binds to the complex. What remains are shrunken, smallest components of the former cell. Each cell residue is still enclosed by an intact cell membrane (the cell dies in the intact envelope). These apoptotic, in the HE preparation perceived as eosinophilic cell corpuscles (so-called "cytoid bodies" or cytoid corpuscles, see Lichen planus below), contain components of the former cell organs. Cytoid bodies are phagocytized by macrophages. Through these mechanisms, numerous leukocytes not infected with the HIV virus are eliminated, e.g. in HIV-infected persons. The HI virus stimulates the immune cells that are not yet infected with the protein Nef (viral protein, a key molecule for HIV) to programmed cell death. The inhibitor "Fasudil" can stop this mechanism.

Intrinsic pathway (apoptosis type II or the pathway from within)

Mitochondria are also able to initiate the process of apoptosis. If mitochondria are damaged, they release the protein cytochrome C and other pro-apoptotic factors such as Smac/DIABLO, which in turn activate the caspases. This pathway can be triggered by tumour suppressors such as p53 (see tumour suppressor genes below), a protein that is activated by damage to DNA. p-53 is a potent apoptosis inducer. As "guardian of the genome" it prevents DNA-mutated cells from entering the S-phase of mitosis. Furthermore, a number of toxic substances such as chemotherapeutic drugs can act directly on the mitochondria and thus induce type II apoptosis. The most important proteins involved in the suppression of apoptosis are the "anti-apoptotic" members of the Bcl-2 family (Bcl-2 and Bcl-xL) and apoptosis inhibitory proteins (IAPs) such as survivin.

The type of apotosis T cells is called AICD = "activation-induced cell death". T cells are activated via the TZR, T cell receptor. A renewed activation leads to the formation of reactive oxygen species (ROS) and the release of intracellular calcium. Both signals induce the biolysis of the CD95 ligand (CD95L) which is released from the cell. It can dock to the CD95 receptor of its own cell or to nearby T cells to initiate apoptosis. This mechanism is important for the termination of an immune response. In cutaneous T-cell lymphomas, "resistance" of AICD plays an etiopathogenetic role.

The course of apoptosis can be followed very well under the light microscope. First, the cell in question detaches from the tissue. As the process progresses, the cell becomes more and more eosinophilic and becomes increasingly smaller. The cell nucleus becomes smaller and denser (pycnotic). Finally, a homogeneously eosinophilic apoptosis corpuscle (cytoid corpuscle) remains. This is then broken down by macrophages. In contrast to necrosis, apoptosis does not trigger an acute inflammatory reaction.

Blockade of apoptosis induction may contribute to tumorigenesis. Down-regulation of CD95 expression or mutations in the CD95 gene have been observed in a number of malignancies, particularly malignant lymphomas. CD95-induced apoptosis is therefore thought to contribute to the elimination of lymphoma cells (evidence also for mycosis fungoides and Sezary syndrome. Here, c-FLIP (inhibitor molecule) plays a role. C-FLIP is a caspase-8/-10 homolog that also binds to FADD, but due to lack of catalytic activity prevents activation of caspases in the DISC (death-inducing complex) and thus apoptosis induction. Apoptosis resistance (AICD) results, which may play a significant role in the pathogenesis of cutaneous T-cell lymphomas.

Parallel stripy atrophy of the skin due to stretch-related (tearing) changes in the connective tissue. Such...

Frequent, acute, toxic dermatitis as a result of excessive exposure to ultraviolet radiation. It occurs mai... 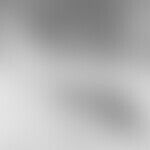 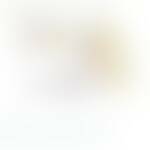