Dupilumab blocks the signal transduction on T cells triggered by IL-4 and IL-13.

In the pathogenesis of atopic eczema and bronchial asthma, the type-2 helper cell-mediated immune response plays an important role. Numerous cytokines are involved, including the cytokines interleukin-4 and interleukin-13. Dupilumab has already demonstrated its clinical efficacy in patients with bronchial asthma and elevated eosinophilic granulocytes.

Even in adult patients with extensive (infestation >10% of the skin surface), therapy-resistant atopic eczema, the skin condition was significantly improved in a dose-dependent manner in a Phase IIb study (reduction in the EASI score of 60-70%).

Several large studies are now available on atopic ekezm. A dose-dependent clinical outcome has been demonstrated. In 2 international phase 1 dose-finding studies, patients received placebo-controlled 75 mg /150 mg/300 mg s.c./1x per week for 4 weeks. In both studies, treatment with the monoclonal antibody improved clinical parameters. The results of a 12-week study showed that the effect was further enhanced with continued therapy. These initial results were essentially confirmed in 2 phase III studies (SOLO 1 and SOLOI 2). In SOLO 1, 38% of patients treated with Duplimab achieved virtual freedom from clinical manifestations (Simpson et al 2016).

With dupilumab, there is a significant decrease in serum total IgE.

Through a larger long-term study (n=178 pat.) was demonstrable that under the dupilumab in a monoclonal antibody does not affect the vaccination response (Blauvelt et al. 2019).

In another study (CHRONOS) dupilumab was used in 740 patients in a combination with an external glucocorticosteroid. Here, 70% of those treated achieved an EASI-75 response(Blauvelt A et al 2017). The itching improves under the therapy already after the 2nd day.

Bronchial asthma: In a large phase III study (n=1902 pat. with bronchial asthma aged 12 years or older) receiving 200/300mg dupilumab s.c. every 2 weeks for 52 weeks, there was a significantly lower exacerbation rate (Castro et al. 2018). Lung function and asthma control also improved significantly. Of note was the observation that pat. with initially higher eosinophil rates had better efficacy. In a second study (n=210 pat.) with a dosage of 300mg for 24 weeks, a decrease in glucocorticosteroid applications was detectable in addition to a reduction in exacerbation rates (Santer et al. 2018).

Most UAW`s were passager light to moderate. Dupilumab was associated with naso-laryngo-pharyngitis, conjunctivitis (28% of Pat. Aszodi N et al. 2019), headache, herpes simplex infections and inflammatory reactions at the injection site.

Efficacy has been demonstrated over 52 weeks.

The Epidermal Growth Factor, or EGF for short, is a mitogenic, 6-kDa peptide growth factor that is an impor...

Localized infectious skin disease caused by leishmania, which develops after the bite of an infected mosqui... 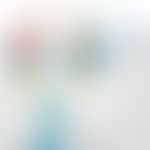