It has been proven that the skin (especially in cases of disorders of the skin barrier) can also serve as a gateway for the penetration of aerogenously transmitted allergens, including pollen. Already within minutes (30 min.) the skin is able to internalize appropriately applied pollen allergens.

The high sensitizing capacity of aerogenic contact allergens is mainly due to compounds of the sesquiterpenlactone substance class. They are found in high concentrations in the leaves and stems of many composites (e.g. feverfew, camomile blossom extract, fern extract, lesser celandine extract). They can also be found in some plants from other families, e.g. laurel (cross allergies).

Airborne Contact Dermatitis has also been described with professionally relevant volatile chemical products such as rosin or epoxy resins. Fragrances are also of importance.

Primary, largely standardized test for the diagnosis of an allergic late type reaction of the eczema type (...

Subacute, extensive dermatitis in the area of the unclothed areas, especially on the face and décolleté.

A seasonal dependence (May-September) of dermatitis is characteristic for the "plant-induced" forms and thus diagnostically pioneering.

If the seasonal dependence is missing, e.g. in case of occupational dependence (improvement during holidays) volatile chemical products (e.g. 2-aminothiophenol; epoxy resins) may be considered.

A dependence on the use of volatile cosmetics (e.g. perfumes) has to be checked.

Avoid the allergen if possible.

In case of a pollen-associated syndrome, it is recommended to apply creams or lotions containing lipid or dexpanthenol several times a day to the exposed skin areas, which should be moisturized in the meantime. This has been proven to prevent the direct pollen approach to the skin and thus the constant re-exposure to the allergen.

Anamnesis: The 54-year-old florist noticed already during a "normal" working day in the midday hours an increasing itching and burning of the entire facial skin, the backs of the hands and wrists. In the evening hours, the entire facial skin was reddened, swollen and violently itchy, so that the emergency medical service had to be consulted.

Findings: The entire facial skin, including the eyelids, was reddened over a large area, diffusely swollen; in places, the facial skin was beginning to ooze (Fig.). The retroauricular region, the anterior and lateral parts of the neck, the nape of the neck and the backs of the hands were also affected by inflammation. No change was seen in the clothed forearms, torso, and scalp. The boundary zone to the clothing-covered skin areas were blurred. There was no feeling of illness, no fever, no painful lymphadenopathy.

Therapy and course: On an emergency basis, the patient was treated with a glucocorticoide externum as well as saline compresses renewed several times. She also received systemic prednisolone (dosage 100mg in tablets) and high doses of an antihistamine. Under this treatment, there was a marked improvement within 3 days (see Fig.2). Within the next 14 days, the skin condition normalized under gradual therapy with glucocorticoid ointments.

4 weeks after resolution of the "airborne contact dermatitis", evidence of (occupationally triggered) type IV sensitization) to a composite mix was obtained.

Summary: Special characteristics of composite allergens are their potential to induce airborne dermatitis, tendency to chronic courses, wide distribution in different plant families, to which contact must be avoided in case of existing sensitization. The different forms of exposure and manifestation of composite allergy imply a continuum from "minor" to "severe" effects of allergy in terms of occluded work opportunities.

Acute, subacute, or even chronic, patchy dermatitis in unclothed areas, especially the face.

Old, burnt-out melanocytic nevus in which the connective tissue stroma has largely displaced the melanocytes.

Worldwide, epidermal, highly infectious bacterial infection of the skin not bound to the skin appendages (h... 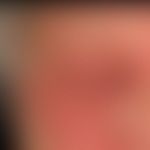 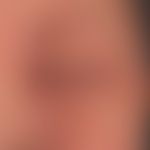 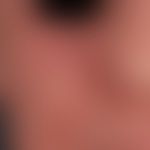 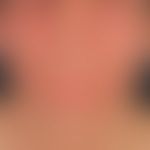 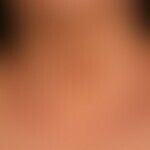 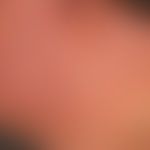 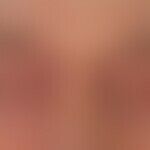