The common fennel (Foeniculum vulgare) is native to the Mediterranean area, there are subspecies: fennel piperitum (pepper or donkey fennel), a wild fennel and the garden fennel. The latter is cultivated all over Europe. The latter also has three varieties: bitter fennel, sweet or Roman fennel and the vegetable or onion fennel. Herbaceous biennial plant of the umbelliferous family, with growth heights of 0.4-2.0 meters. The two- to three-pinnate stem leaves are hair-slit. The petioles of the lower leaves are 5-15 cm long. As a phytotherapeutic, the ripe fruits of bitter and sweet fennel are used, Foeniculi fructus.

Fennel is traditionally used as a spice with fish. It is added to sauces and minced meat. Finely chopped fennel leaves are used in small quantities to flavor soups, salads, mayonnaises and for "vinaigrette" sauce. Fennel is also used in some spirits (absinthe or pastis).

Contraindication: pregnancy, infants: fennel oil can be used only in the oil portion of max 5-7 g of drug.

Biphasic (epithelial-mesenchymal) adnexal tumour with differentiation towards follicular germ cells and the...

Costunolid a sesquiterpenlactone is a component of costus oil (root oil of Saussurea lappa L.) and laurel o... 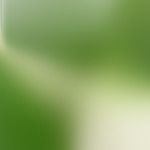