Differentiated form of B lymphocytes and site of immunoglobulin synthesis. Antibody-producing plasma cells, together with the classical memory B cells, are the central component of humoral immunity. Thus, plasma cells produce up to 2000 antibodies per second in their very distinct and extended reticular endoplasmic reticulum (RER), which are transported through the cytoplasm and discharged from the cell via membrane-bound transport proteins that are not visible by electron microscopy. They then go into apoptosis.

Plasma cells are predominantly found in connective tissue and only very rarely in the blood. With foot-shaped cell processes (pseudopodia) they can move as free connective tissue cells through the connective tissue and through blood vessel walls (diapedesis). Plasma cells usually have a diameter of 10-20 µm and an elongated oval or round shape. Morphologically, the central large nucleolus is particularly striking, with euchromatin arranged like a wheel spoke from there to the nuclear pores and heterochromatin attached to the edge of the nuclear membrane ("wheel spoke nucleus"). Since plasma cells do not express membrane-bound immunoglobulins, they do not interact directly with other immune cells.

Antibody-producing plasma cells arise from B cells after activation by an antigen and undergo a special cellular restructuring process, which is mainly controlled by the B-lymphocyte-induced maturation protein-1 , Blimp1 for short, a transcription factor.

This process gives rise to either short-lived IgM-producing plasma cells or long-lived plasma cells that produce IgG, for example.

Long-lived plasma cells require contact with so-called "survival niches" formed by stromal cells and other cellular and soluble components in the bone marrow in order to survive. To understand plasma cell maturation, a detailed analysis of the differentiation steps from early plasma cell precursors, the so-called plasmablasts, to mature plasma cells is essential.

Antibody-producing plasma cells arise from B cells after contact with antigen. In contrast to plasma cells, B cells carry membrane-anchored "antibodies", B cell receptors (BZR). After binding of an antigen to its specific receptor (BZR), the activated B cell undergoes a complex restructuring during its differentiation into an antibody-secreting plasma cell. This leads to a significant enlargement of the B cell. Its endoplasmic reticulum (ER) expands and becomes a production site for the generation and secretion of antibodies. The conversion of a B cell into a plasma cell is controlled by a complex network of transcription factors.

A key factor is the transcription factor Blimp1 (B lymphocyte-induced maturation protein 1). Blimp1 is upregulated in activated B cells and initiates redirection into the plasma cell pathway by repressing B cell-type factors such as Bcl6, PAX5, p53 (Nutt SL et al. 2015; Wilmore JR et al. 2017). As a result of inhibition of PAX5, there is downregulation of key surface receptors (e.g. CD19, CD20, CD22) and signaling molecules, loss of B cell identity, and manifestation of plasma cell identity (Tellier J et al. (2017).

Depending on the type of antigen and activation, short-lived IgM-producing plasma cells or long-lived plasma cells producing either IgG, IgA or IgE may be produced. If an antigen-activated B cell receives the appropriate T cell help, it begins to proliferate, and the clonally expanded B cells form a germinal center.

There, "somatic hypermutation" of the exons encoding the variable domains of the antigen BZR occurs, and the constant region of the B cell receptor (BZR) heavy chain changes. Both processes are mediated by the enzymeactivation-induced-cytidine-deaminase, AID.

Hypermutated germinal center B cells with high-affinity antigen BZR are selected and can differentiate into either memory B cells or early dividing plasma cell progenitors (called plasmablasts). The early plasma cells can then migrate into so-called "survival niches" (e.g., in the bone marrow) and develop into long-lived, non-proliferating plasma cells (Manz RA et al. 1997; Yoshida Tet al. 2010). Long-lived plasma cells contribute significantly to protection against re-infection through the continuous production of protective antibodies and thus form an important component of humoral immune memory. Thus, in humans, antibodies to the corresponding immunogen are found in the blood for years after vaccination (Amanna IJ et al (2007).

The longevity of plasma cells requires interaction with stromal cells and other cell types in so-called "survival niches", such as those that exist in the bone marrow (Tokoyoda K et al. 2010). For the immigration of newly formed plasmablasts into the bone marrow, among others, the chemokine receptor CXCR4 is crucial, whose ligand CXCL12 is produced by stromal cells in the bone marrow (summarized in. On the one hand, the components of the niche enable plasma cell survival through cell-cell contacts mediated by the expression of the integrins LFA-1 and VLA-4 on plasma cells (Wilmore JR et al. 2017). On the other hand, the survival niche provides the cytokines APRIL and interleukin-6 (IL6), whose receptors TACI, BCMA (both bind the cytokine APRIL) and IL6R are found on the surface of the plasma cell. Other factors involved in plasma cell persistence include the anti-apoptosis factor mcl1 and the transcription factor Zbtb20 (Kometani K et al. 2015). However, the signals and precise mechanisms required for plasma cell maintenance and decades-long survival remain largely unexplained.

Autoimmune diseases: Long-lived plasma cells secreting antibodies against endogenous structures (e.g. anti-dsDNA, anti-RNA antibodies) are central effectors in autoimmune diseases such as systemic lupus erythematosus (SLE) or immune thrombocytopenia (ITP). The inefficient deletion of these autoreactive plasma cells by therapeutic antibodies such as rituximab (anti-CD20) as well as by proteasome inhibitors necessitates the development of new strategies for plasma cell depletion in the context of autoimmune diseases. The detailed characterization of the molecular mechanisms of plasma cell survival will also contribute significantly to the development of new therapeutic approaches. 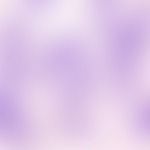 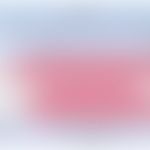 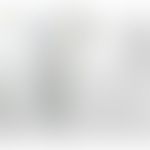