The complement system consists of a system of plasma proteins that can be activated on the surfaces of microorganisms. It was originally discovered as a complementary part of the antibody response (see below acquired immunity). However, it is also involved in the response pathways of innate immunity. The complement system consists of > 30 complement proteins, some with inducible enzymatic activity, as well as receptor proteins and regulatory proteins. They are present in the blood plasma dissolved or cell-bound.

These proteins are designated with C and atomic number (e.g. C1; C2 etc.).

C3 is a central component of the complement system and is produced by resident tissue cells such as keratinocytes. The individual complement factors serve, among other things, to defend against microorganisms (e.g. bacteria, fungi, parasites; see also immunodeficiencies primary (complement defects).

Proteases cleave the proteins C1 to C5 (indicated by C, atomic number and letters a-s). Aggregation with factors C6 to C9 results in a variety of proteins and protein complexes. These include, for example, the so-called anaphylatoxins (C3a, C5a and C4a) with vasodilatory and chemotactic effects and the pore-forming membrane attack complex(MAC).

In all cases of complement activation, the cascade is terminated with components C3,C5,C6,C7,C8 and C9 (terminal pathway). The determination of complement factors forms an indicator for immune complex diseases with complement depletion!

The complement factors themselves have cell-destructive properties and, misregulated, can induce tissue damage in a number of diseases (e.g. C3 glomerulopathies, SLE, rheumatoid arthritis and others).

Directly involved in the signaling pathways of the complement system are the following proteins:

3 pathways of complement activation are distinguished:

Classical pathway of complement activation: Here, the "C3 convertase of the classical pathway" is formed. Complement factor C1 is the first complement protein of the classical pathway and consists of the six-membered collectin C1q and two C1s and C1r molecules each. C1q has multiple binding domains for antigen-bound antibodies (IgG and IgM). Activation of the serine proteases bound to C1q (C1r and C1s) requires 2 Ig-Fc regions. Therefore, freely circulating antibodies do not lead to activation (!). C1q can also bind directly to the surface of pathogens and initiate the classical pathway even without antibodies. During classical activation of the complement system, in addition to C4a and C4b, C4d is subsequently cleaved, which can bind to the endothelium where the complement reaction has occurred (of importance in leukocytoclastic vasculitis). The C1 esterase inhibitor (C1-INH) prevents possible self-activation of the C1 proteases and is responsible for a controlled course of the reaction. Congenital or acquired C1-INH deficiency can lead to an excessive complement response (see hereditary and acquired angioedema).

Mannose-lectin pathway of complement activation: Here, mannose-binding lectin (MBL) binds to mannose or N-acetyl glucosamine on the pathogenic surface (e.g., bacterial peptidoglycan) and then activates the proteases MASP-1, MASP-2, and MASP-3, which catalyze the same reactions as in the classical pathway. Again, C4b and C2b form a C4b2b heterodimer and thus also the "C3 convertase of the classical pathway".

Alternative pathway of complement activation: This leads to the formation of the "C3 convertase of the alternative pathway". This pathway is triggered by the spontaneous decay of the unstable complement factor C3 into C3a and C3b. C3a and C5a diffuse and possess chemotactic and inflammatory activity as anaphylatoxins. C3b binds covalently to a cell surface.

Regardless of the mode of activation, the product of all three pathways is a serine protease, termed C3 convertase, on the surface of the target cell. The cleavage cascade it triggers leads to chemotactic attraction of leukocytes, enhanced phagocytosis, and ultimately lysis of the target cell. Cleavage products of complement factors C1 to C5 formed in the individual pathways additionally act as anaphylatoxins and mediate an inflammatory response.

Occurrence of circulating serum proteins (cryoglobulins) that precipitate in cold conditions. These are imm...

The main function of the complement system is to cover the surface of pathogens, thus enabling macrophages to destroy those pathogens that they would not otherwise recognize (opsonization).

In addition, complement factors trigger a number of inflammatory responses. The fragments of some complement proteins have a chemotactic effect.

Another function is the direct destruction of bacteria by "drilling" pores in their cell membranes. The two products of C5 cleavage initiate the formation of the so-called membrane attack complex (MAC) (C5b), a protein complex that attacks the target cell by, among other things, forming pores in the cell membrane. An uncontrolled influx of water occurs through the pores, and the cell bursts.

Other complement factors act as zymogens (proenzymes that are themselves activated by proteolytic cleavage). Zymogens are activated locally in the event of infection.

Genetic defects of complement factors: Defects involving immunological disorders have been described for all proteins of the complement cascade C1 to C9.

In the lectin activation pathway, there are described deficiencies of the Mann-binding lectin (MBL), among others.

Tests routinely performed in laboratory diagnostics to check the complement system are:

Indications for the determination of complement fractions are:

The C3 convertases formed in the alternative, classical and lectin pathways, C3bBb and C4b2b, cleave C3 into C3b and C3a with high activity. The resulting C3b molecules now have essentially three ways to function:

Rheumatoid arthritis is a chronic, inflammatory systemic disease of unknown aetiology, which leads to arthr...

Inflammation of small vessels (small vessel vasculitis), which is caused by deposition of circulating immun... 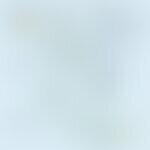