In the meantime, 10 (TLR-1 to 10) have been described in humans. 6 of the human TLRs bind PAMPs extracellularly (TLR-1, 2, 4, 5, 6, 10) while 4 are localized only intracellularly (TLR-3, 7, 8, and 9). TLRs are expressed by immune cells of the innate immune system and also by cells of the adaptive immune system (B and T cells), as well as by numerous non-immune cells. This wide distribution makes TLRs an excellent tool for the innate and acquired immune system. TLRs thus provide cross-talk for pathogen recognition and activation of "antigen-specific acquired immunity." The activity of TLRs enables innate defense mechanisms (see Immunity, Innate) to distinguish between "self" and "foreign." During pathogen recognition, various TLRs require different adaptor molecules to activate intracellular signaling cascades, such as MyD88, TICAM-1 (TRIF), TIRAP/MAL, TRAM, and SARM.

All Toll-like receptors (with the exception of TLR3) have the adapter protein MyD88 (myeloid differentiation primary response gene 88) in common. They associate with IRAK (IL-1 receptor-associated kinase) via this adapter protein. This process leads to the translocation of IRFs and NF-kappa B. TLR3 on the other hand, binds to TRIF (TIR-domain-containing adapter-inducing interferon-beta).

This leads to phosphorylation and thus activation of intracellular kinases (see below MAP kinases), whose task is the phyosphorylation of intracellular inhibitors of transcription factors. Through phosphorylation, the inhibitor loses its inhibitory effect. It releases its transcription factor; this is translocated into the cell nucleus where it regulates the expression of genes that serve to defend against infection. Imiquimod, for example, is the ligand for TLR7 and TLR8.

Occurrence
This section has been translated automatically.

TLRs are found in all vertebrates, but also in simple organisms. TLRs recognise different functional components of viruses, bacteria and fungi and can thus trigger biochemical reaction chains in the cells that serve to defend against these pathogens. TLRs can also detect internal dangers, for example, those that arise from tissue damage. Here, the body's own molecules bind the TLRs. These signal molecules are called DAMP (danger associated molecular pattern).

The name "Toll-like receptor" is derived from a protein in Drosophila melanogaster called Toll. "Toll" was initially thought to be a gene product that is important for the development of the dorso-ventral axis in Drosophila embryos. Tolllike receptors (TLRs) consist of proteins that are similar to Toll, i.e. "Toll-like".

Toll-like receptors (TLR) belong to the group of PRRs (Pattern Recognition Receptors), which are used for t...

IgM, also called immunoglobulin M, is an antibody molecule whose function is to activate the complement sys... 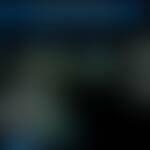