Interleukins (from Latin/Greek inter = between; leukos = white; kinein = to move) is the name given to a group of endogenous, short-chain regulatory proteins (cytokines) of the immune system (interleukin-1 to interleukin-38). Interleukins are mediators for induction, progression, and control of T-cell-mediated cytotoxic immune responses as well as B-cell activation (antibody production).

The cytokine has a central function in the initiation and maintenance of a T-helper cell-1 (TH-1) - accentuated immune response (cellular defense).

The interleukin-12 receptor is expressed on activated CD4+ and CD8+ T lymphocytes and on NK cells.

The interleukin-12 receptor is primarily expressed on B cells. It is also expressed on activated CD4+ and CD8+ T lymphocytes and on NK cells. Signals from the ligand-bound IL-12Rbeta2 complex are transduced via the JAK2 and TYK2 pathways. Mutations in this gene lead to immunodeficiency syndrome(Immunodeficiency 30).

Suppression of interleukin-12 production is mediated by cytokines such as type I interferons, interleukin-10, and TGF-beta, as well as by prostaglandin E2 .

Interleukin-12 activates antigen-presenting cells such as dendritic cells, especially those with a CD1c+ phenotype, as well as monocytes, macrophages, and neutrophilic granulocytes.

Interleukin-12 induces the production of other cytokines and acts as an endogenous pyrogen along with interleukin-1 and TNFalpha.

Interleukin-12 influences the course of infectious diseases. Some microorganisms such as Candida albicans are able to inhibit interleukin-12.

Interleukin-12, along with interferon-gamma (IFN-γ) and IL-18, plays a key role in the development of Th1 cells. Thus, interleukin-12 influences a variety of immunological pathways; its general pathophysiological role can be defined as a broad Th1-type immune response against pathogens in general. Its potential role as a cancer therapeutic is of interest; a large number of publications are available on this topic.

Rare, harmless, albeit eminently chronic (diutinum!), inflammatory disease of the skin with the characteris...

Psoriasis and psoriatic arthritis: Interleukins 12 and 23 play a key role in plaque psoriasis and psoriatic arthritis, among other pro-inflammatory cytokines. Ustekinumab is a human IgG antibody that binds to the common p40 protein subunit of unbound interleukin-12 and -23. The complex thus prevents docking to the common receptor interleukin -12R on the surface of naive T cells.

Tumor diseases: Interleukin-12 shows several potent antitumor effects. It was obvious to use Interleukin-12 as a therapeutic agent for various tumor diseases due to its broad immunological effects. The cytokine does not directly inhibit tumor growth. Rather, Interleukin-12 is able to initiate a distinct Th1-type immune response to the tumor tissue. Severe side effects during systemic application and a very narrow therapeutic window have significantly dampened the original enthusiasm.

Kaposi's sarcoma: In this angiosarcoma the effects cannot yet be conclusively evaluated.

Possibly, interleukin-12 can activate repair enzymes that are able to repair damaged DNA.

CTLA4 is the acronym for Cytotoxic T-Lymphocyte Antigen 4 and is classified as CD152. CTLA-4, like PD-1 (Pr...

Primary, largely standardised test for the diagnosis of a late allergic reaction of the eczema type (see be...

Influenza is an acute, febrile disease of the upper respiratory tract that is transmitted by droplet infect... 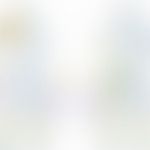