Mast cells have been so named (after Paul Ehrlich) because they look like "fattened" under the light microscope. Mast cells are characterized by their staining with basophilic dyes (toluidine blue; tolonium chloride) and a granular cytoplasm.

Mast cells are predominantly perivascular in the tissue. It has been shown that they have direct access to the bloodstream. They penetrate the vascular lumen with cell extensions and perform a kind of guard function there by randomly checking the blood stream for its content. In doing so they "fish" for free IgE antibodies (Cheng 2013).

Mast cells belong to the innate immunity of the immune system. The physiological tasks of mast cells include the immediate defense against infections at the interfaces of the body with its environment. Mast cells contain numerous mediators which are stored in 0.5-0.8 µm large vesicles visible under the light microscope as granules (mast cell granules). One mast cell contains about 500 such vesicles. These contain histamine, heparin and serotonin, among other substances. In addition, mast cells as well as basophilic granulocytes produce mediators such as PAF, prostaglandin D2 and leukotrienes (LTC4, LTD4, LTE4) as well as tumor necrosis factor. Degranulation and exocytosis with release of the mediators is mediated, for example, in a type I reaction via high-affinity IgE receptors on the cell surface. This reaction occurs when these receptors are cross-linked by IgE-bound allergens.

Tissue mast cells: The immature progenitor cells of tissue mast cells enter the connective tissues of their end organs, mucosa and skin, via the blood vessels. These cells express the tyrosine kinase receptor KIT (CD117), which binds stem cell factor (SCF). SCF is a growth factor essential for proliferation and differentiation of mast cells. In the tissue of their end organs, the immature cells differentiate into mature mast cells. Mutations leading to a defect of SCF or KIT result in mast cell deficiency. An activating KIT D816 mutation (>95% KIT D816V in exon 17) is detectable in 80-95% of patients with systemic mastocytosis and leads to SCF-independent receptor activation with clonal expansion and accumulation of tissue mast cells.Other growth factors for mast cells are mainly IL-3 (interleukin-3), IL-5 (interleukin-5) and GM-CSF.

Mast cells interact with other leukocytes and play an important role in the complex initiation and control of allergic reactions as well as in the defense against parasites. For example, mast cells form a functional unit with basophilic granulocytes and induce IgE synthesis in plasma cells. Remarkably, basophilic granulocytes in humans are much more sensitive to allergic reactions than mast cells, which are much more abundant.

Mast cell activation is critical for the induction of cutaneous inflammatory response in the context of allergic, autoimmunologic, and infectious skin diseases. An activated mast cell secretes its mediators. A total of > 200 mast cell mediators have been identified to date. With this mediator release, the mast cells cause invading infectious agents to be acutely and directly attacked and eliminated without the need for further processes of an immune cascade. In these defense mechanisms, the mast cell does not follow an "all or nothing" response. Rather, the response of the mast cells to the activating stimulus varies depending on the type and intensity of the stimulus. Mediator release is either slow and continuous or explosive (e.g., following antigen contact). When release is slow due to weak stimuli, the mast cell appears to remain intact. In contrast, when the stimulus is strong, the cell membrane dissolves completely. The mast cell disintegrates abruptly. The granules are released and dissolve.

Furthermore, chemical and physical stimuli (e.g. pressure in urticaria factitia) are known to cause a non-specific release of their mediators (without antigen-antibody reaction) in mast cells which is not triggered by an immune reaction. Such reactions are the pathophysiological basis of apseudoallergic reaction(pseudoallergy).

The various mediators of mast cells cause the migration of other immune cells, such as neutrophils or eosinophils granulocytes to the site of inflammation. The released mediators first enter the intercellular spaces, where they bind to their specific receptors on the surfaces of the surrounding cells. They are rapidly degraded after their release, even before they can enter the lymph or bloodstream. Only when the amount of mediators released exceeds the local binding and degradation capacity can they trigger systemic reactions (e.g. anaphylactic reactions).

Furthermore, mast cells are antigen-presenting cells. They can induce and enhance specific immune responses. For example, the targeted immune response is via the high-affinity FcεRI receptor. When two IgE antibodies on the surface of the mast cell cross-link with a matching antigen (e.g., parasite or foreign substance or allergen) (antigen-antibody complex), this cross-linking triggers a biochemical signal that leads to activation of the mast cell.

The following receptors could be detected on mast cells and activate them:

The total mass of mast cells in the organism corresponds approximately to an organ the size of the spleen. CTMCs from different tissues differ from those of the skin in the size of the granules, their functions, stainability and phamacological properties.

The mucosa contains an abundance of mast cells or their precursors. In the duodenal mucosa there are 20,000 mast cells mm3, which is three times as much as in the outer skin (Barret et al. 1984). In newborns the number is still small. It rises in the laudfe of life to fall again in old age.

The cells circulating in the blood analogous to CTMCs are called basophilic granulocytes.

Leukotrienes (from Greek leukos =white, and treis =three) are highly active substances which, like prostagl...

Ulcer of the skin (overview)

Deep tissue defect of the skin of varying genesis which extends so deeply that there is no surface or deep ...

Normal value: In a differential blood count usually 1-4% of the leukocytes are found as eosinophilic granul... 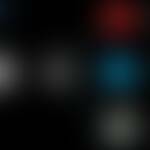 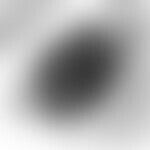