Thrombin is the central enzyme of blood coagulation in humans (including all vertebrates) and one of the blood coagulation factors (factor IIa). Thrombin belongs to the serine proteases and is similar to trypsin in its effect. Thrombin splits fibrinogen into fibrin and other fibrinopeptides. It also activates the blood clotting factors V, VII, VIII, XIII and, together with thrombomodulin, the protein C.

Thrombin has functions in inflammatory processes and wound healing. It is produced in the liver (see prothrombin below) and is found continuously in the blood plasma as a precursor (prothrombin). Defects in the thrombin gene (F2 gene) are the cause of dysprothrombinaemia

Furthermore, thrombin affects numerous cell systems. In order to unfold its effect in these cells, thrombin must bind to one receptor (thrombin receptor), which passes on the signals via coupled G-proteins (G-protein coupled receptors) within the cell. These receptors are called protease-activated receptors (PAR). The subtypes activated by thrombin are PAR 1,3, and 4.

By stimulating the migration of muscle cells from the media to the intima, thrombin stimulates the formation of neointima after damage.

Thrombin is bound to thrombin receptors, which belong to the family of G-protein coupled receptors. These receptors are called protease-activating receptors (PAR). The subtypes that are activated by thrombin are PAR 1, 3 and 4. A variety of functions are stimulated via these receptors.
Thrombin also acts on granulocytes, leukocytes, lymphocytes and macrophages. Furthermore, by stimulating the migration of muscle cells from the media to the intima, thrombin stimulates the formation of neointima after damage.

Only small amounts of free thrombin are found in the blood. Thrombin is only formed when tissue is injured by activating the prothrombin (factor II) formed in the liver under the action of vitamin K. Due to the interaction with antithrombin III, thrombin in the blood has only a very short half-life (a few minutes), whereby heparin accelerates this process considerably. Thrombinaemia, the occurrence of free thrombin and thus uncontrolled clotting is prevented by the body's own antithrombins.

Form of compression therapy with the option of segmental readjustment of the contact pressuresee also under...

Circumscribed, usually painful ulcers of the fingertips as a result of reduced blood flow, e.g. in progress... 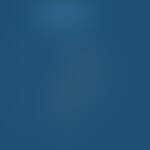 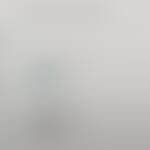