Tricyclic ring systems, where the furan ring is either linear or angularly linked to the coumarinum

The linear 7,6 - furanocoumarins are called psoralenes. They are photosensitising on which the PUVA therapy with 8-methoxypsoralen is based (see PUVA).

The most important representatives of the angular 7,8-furanocoumarins are pimpinellin (see below Pimpinellae Radix) and angelicin, which can be found in Apiaceae species, in Rutaceae and Fabaceae. Also the highly toxic and carcinogenic mycotoxins found in certain moulds (especially Aspergillus flavus), the aflatoxins have furanocoumarin structures.

Recent studies indicate that the furanocoumarins contained in citrus may increase the risk of non-melanocytic skin cancer due to phototoxic/sensitizing effects associated with UV radiation.

Substance defect of varying depth in pathologically altered tissue of the lower leg due to chronic venous i...

Colorless oily liquid with a lilac-like odor. Terpineol consists of a mixture of isomeric compounds of alph...

Menthoxypropanediol is a synthetic derivative of menthol. The substance has a 2.0-2.5 times stronger coolin... 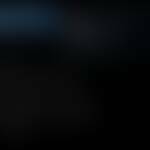 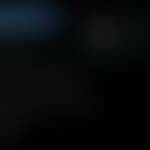