The family Bunyavirales comprises viruses with a single-stranded RNA genome. The associated species are characterized by an enveloped, spherical virion. They infect arthropods, plants, protozoa, and vertebrates. Certain viruses of this order are human pathogenic. The name Bunyavirales is derived from the place Bunyamwera (Uganda), where the first representative "Bunyamwera orthobunyavirus" was discovered.

General definition
This section has been translated automatically.

The diversity of the more than 200 Bunyavirus species is reflected in their clinical importance. For example, human infections caused by Nairovirus, the causative agent of Crimean-Congo haemorrhagic fever, are associated with high morbidity and mortality. Therefore, handling of these viruses is done in biosafety level laboratories.

Hantaviruses represent a medically important member of the order Bunyavirales. They occur worldwide, being relatively common in Korea, Scandinavia (including Finland), Russia, western North America, and parts of South America. Hantavirus infections are associated with high fever, pulmonary edema, and respiratory failure. The mortality rate varies widely depending on the form, being up to 50% for New World hantaviruses (the Americas), up to 15% for Old World hantaviruses (Asia and Europe), and about 0.1% for Puumala virus (mainly in Scandinavia). The antibody response plays an important role in the reduction.

Bunyavirales form enveloped, spherical virions with diameters of 80-120 nm. The viruses do not contain matrix proteins. Bunyaviruses have two- or three-part genomes consisting of a large (L) and small (S) or large (L), medium (M), and small (S) RNA segments. The total genome size ranges from 10.5 to 22.7 kbp. The RNA segments are single-stranded and present in a helical formation within the virion. They also have a pseudo-circular structure due to the complementary ends of the individual segments. The L segment encodes RNA-dependent RNA polymerase, which is required for viral RNA replication and mRNA synthesis. The M segment encodes the viral glycoproteins that protrude from the viral surface and help the virus attach to and invade the host cell. The S segment encodes the nucleocapsid protein (N). Integrins have been described as possible attachment receptors for the humapathogenetically important hantavirus.

Life cycle: The ambisense genome requires two rounds of transcription. First, the negative-sense RNA is transcribed to generate mRNA and a full-length replicative intermediate. From this intermediate, a subgenomic mRNA is produced that encodes the small segment nonstructural protein. While the polymerase produced after the first round of transcription can now replicate the full length RNA. Bunyaviruses replicate in the cytoplasm as the viral proteins move through the ER and Golgi apparatus. Mature virions bud from the Golgi apparatus into vesicles that are transported to the cell surface and shed from the cell.

Human pathogenic species of the Bunyaviridae involve the following genera:

Orthobunyavirus (>150 species or subtypes; they are transmitted by mosquitoes). Significant for Europe are:

In the Midwest of the USA (1/§ of all arthropod-borne viral encephalitides are due to this orthobunyavirus), endemic are:

Nairovirus (6serogroups, 34 species) transmitted by ticks. Clinically significant is the

Hantavirus (infection does not occur through arthropods but through smear infections and dust injections with excrements of rodents, e.g. mice). Of importance for Europe are:

Biorbital ring-shaped haematoma (spectacle haematoma) after injuries to the base of the skull or the nasal ...

Clathrin-coated vesicles" are intracellular particles with a diameter of 50-250 nm, which are covered on th...

Hantavirus infection transmitted by rodents, which can cause highly feverish clinical pictures with a tende... 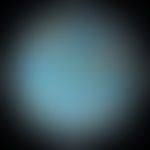