VEGF is the acronym for "Vascular Endothelial Growth Factor". VEGF is the name given to a family of glycoproteins which, as signal molecules, perform important tasks in the vascularisation (vasculogenesis, angiogenesis of blood and lymph vessels) of tissue (Theis V et al. 2018).

Furthermore, VEGFs are added to the VEGFs:

VEGF-C and VEGF-D are used to develop lymphatic vessels. VEGFs are formed by a variety of tissue cells, but also by immune cells. VEGF-A in particular stimulates the growth of new blood vessels by generating growth of endothelial cells after binding to a VEGF receptor (VEGFR1-VEGFR3) on endothelial cells of the blood vessels via the "downstream" signaling cascade (Siveen KS et al. 2017). Endothelial cells also express essential co-receptors for VEGF, such as neuropilin-1 (NRP-1) and neuropilin-2 (NRP-2), which play an important role in VEGF signaling (Peng K et al. 2019).

VEGF binds to the extracellular domain of the transmembrane VEGF receptors (VEGF-R/family of receptor tyrosine kinases), which are located on the cell surface, especially of endothelial cells. The binding of VEGF to VEGF receptors induces a dimerisation of the receptors. This enables ATP to bind to the receptor, triggering transphosphorylation of the intracellular tyrosine residues of the dimerized receptors. Proteins with SH2 domain can bind to the resulting phosphotyrosine, which then initiates the next step of the signalling cascade.

Scopolamine is a muscarinic receptor antagonist (parasympatholytic), belladonna alkaloid with a tertiary ni...

Physiological angiogenesis takes place in all metabolically active tissues. This is the case in many physiological processes such as embryogenesis, cyclical mucous membrane formation in the uterus, during pregnancy and in all wound healing processes. In addition, VEGF also has a neurotrophic and neuroprotective influence on glial cells and neuronal cells of the CNS (Theis V et al. 2018).

Bartonella is the only human pathogenic bacterium described so far that induces VEFGF in the affected cells. The multiplying Bartonella induce an energy deficit in the affected cells, i.e. they trigger an ATP deficiency. This condition would reduce the pathogens' probability of survival. The induction of VEGF leads to better blood circulation and nutrient supply of the Bartonella bacteria and thus to pathogen persistence.

Oncogenic viruses such as the AIDS virus, the Epstein-Barr virus(EBV) and non-oncogenic viruses such as the herpes simplex virus (HSV-1) and the dengue virus, which lack their own angiogenic factors, also use their cellular signalling machinery to highly regulate the expression of VEGF in order to gain advantages for their own pathogenesis from the physiological functions induced thereby (Alkharsah KR 2018).

The regulation of the expression and secretion of VEGF is complex and is found in various studies. levels (transcription, translation, post-translation). There are differences between the constitutive and pathological pathways of VEGF regulation. Hypoxia and hypoglycaemia are the strongest stimulators of VEGF secretion. If tissues are not supplied with sufficient oxygen, they produce hypoxia-induced factors that lead to the release of VEGF. The hypoxia-induced transcription of VEGF mRNA appears to be mediated at least in part by the binding of hypoxia-inducible factor 1 (HIF-1) to a HIF-1 binding site in the VEGF promoter. In parallel, VEGF induces nitric oxide (NO) in the vessel wall, which leads to dilatation and increased vessel permeability. When the blood supply returns to normal, physiological angiogenesis inhibitors such as interferon-alpha, platelet factor-4 and angiostatin reduce the release of VEGF.

Due to its multiple physiological functions and its role in wound healing, VEGF has no tumour specificity and is therefore neither suitable as a general screening marker for tumour diseases nor as a classical tumour marker for specific tumours.

In addition to other growth factors such as HGF, EGF, VEGF plays a crucial role in both normal and pathological conditions, e.g. cell repair or tumor angiogenesis. These central functions make the VEGF/VEGFR system an important molecular target in the therapy of malignant tumors.

In various tumors, the density of VEGF receptors on the surface is higher than in normal endogenous cells. This is true for gastrointestinal carcinomas , e.g. gastric carcinomas and colon carcinomas, for non-small cell lung carcinoma as well as hepatocellular carcinoma (see also under melanoma, malignant). Therefore, VEGF is also an excellent tool for localizing tumor-specific blood vessels.

Angiogenesis blockers such as Bevacizumab (Avastin®) block the interaction of growth factors with their binding sites on the cell surface. In this way, the formation of new blood vessels is inhibited and tumor growth prevented (see figure).

Sunitinib (Sutent®) and sorafenib (Nexavar®) are approved blockers of VEGF receptors (and belong to the tyrosine kinase inhibitors). Due to its ability to stimulate vascularization, VEGF is also considered as a potential topical treatment for chronic diseases such as decubitus ulcers, diabetes, venous or arterial leg ulcers, or in severe burns. However, therapeutic application has not yet led to satisfactory results. However, this is mainly due to the fact that in non-healing wounds plasmincleaves VEGF and thereby inactivates it.

Ramucirumab is an IgG1 monoclonal antibody that recognizes VEGF receptor 2 and binds to its extracellular domain.

In some eye diseases, such as wet senile macular degeneration, pathological new blood vessel formation occurs under the retina. In this disease, VEGF plays a significant role. Inhibiting VEGF is an efficient way to slow down the process. 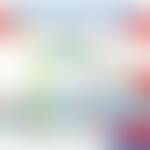