ALK is the acronym for "Anaplastic Lymphoma Kinase".

The ALK gene is a biologically important protein-coding gene located on chromosome 2p23.2-p23.1. The gene encodes anaplastic lymphoma kinase, a phosphorylase. This enzyme phosphorylates almost exclusively at the first tyrosine of the Y-x-x-Y-Y motif.

ALK acts as a receptor for the ligands pleiotrophin (PTN), a secreted growth factor, and midkine (MDK), a pleiotrophin-related factor. Binding of pleiotrophin to ALK leads to activation of the MAPK pathway, which is important for pleiotrophin's anti-apoptotic signaling and regulation of cell proliferation. MDK binding induces phosphorylation of ALK target substrate, insulin receptor (IRS1), activates mitogen-activated protein kinases(MAP kinases) and PI3 kinases, which also leads to induction of cell proliferation. ALK controls NF-kappa-B activation, likely via IRS1 and activation of the serine/threonine kinase AKT. Recruitment of IRS1 to activated ALK and activation of NF-kappa-B are essential for autocrine growth and survival signaling of midkine.

A variety of ALK gene alterations have been described in diverse tumor types, including point mutations, deletions, and rearrangements. The ALK gene is located closely adjacent to the EML4 gene.

ALK fusions, in which the kinase domain of ALK and the amino-terminal portion of different protein partners are fused, occur in various tumor types. The different ALK fusion proteins may mediate different signaling effects depending on properties such as subcellular localization and protein stability.

In non-small cell lung cancer (NSCLC) , the fusion product between ALK and echinoderm microtubule-associated protein-like 4(EML4)is the most common. The identification of these genetic alterations opened new opportunities for highly effective therapeutic interventions. So was crizotinib, the first-in-class ALK inhibitor. Crizotinib was initially approved as second-line therapy for ALK-positive advanced NSCLC, but has subsequently established itself as standard first-line therapy for advanced ALK-positive NSCLC ((Hallberg B et al. 2016).

Furthermore, mutations in the ALK gene have been identified in

ALK is being studied in the context of obesity because a gene knockout of ALK in mice leads to decreased triglycerides but increased free fatty acids and glycerol in the blood and these mice become resistant to food-induced obesity.

Inflammatory disease of the orbit characterized by an increasing exophthalmus. The disease belongs to the o...

The fingerprint is by definition an unchangeable, individually imprinted and fixed impression of the papill...

For Ca2+-ions selective, transmembrane ion channel, which reacts to the membrane potential of the cell (see... 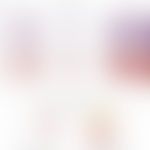 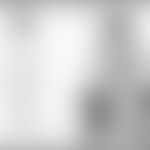