Nails, also known as nail plates, are descendants of the epidermis, which only occur in primates.

Nail plate: The nail plate is a (dead) keratin product (see below keratin) of the epidermis and consists of transversely curved horny plates (nail plate) with a longitudinal linear structure and is located on the dorsal side of the finger and toe end phalanges. Physiologically, the nail plate does not contain melanin in Caucasians (see melanonychia). It consists of corneocytes without nuclei which adhere firmly to each other. It is transparent so that the nail bed, which is well supplied with blood, can shine through pink. The nail matrix consists of a dense network of nucleated keratinocytes and is no longer transparent.

The lower layer of the nail plate is a cornification product of the hyponychium. Hyponychium and nail plate are firmly fused together.

Nail root: The proximal end of the nail plate (nail root) originates from an epidermal intrusion (nail pocket = sinus with nail matrix). The part of the hyponychium which is placed in the nail pocket is called nail matrix.

The invisible epithelium which lies dorsally on the nail plate in the nail pocket is called eponychium.

A fine, non-sensitive, keratinized membrane slides from this epithelium onto the nail plate, closing the nail pocket dorsally and thus taking over an important function - the cuticle or perionychium (also called perionyx).

The nail matrix extends from the proximal end of the nail pocket to a visible crescent-shaped bright zone of the lunula (nail moon) and produces the dorsal and middle layer of the nail plate.

Laterally and proximally, the nails are surrounded by a skin fold, the so-called "nail wall" (also nail fold or paronychium).

boundary layer of the human body.

Disturbance in the shape of the nose due to diffuse or circumscribed sebaceous gland hyperplasia with gradu... 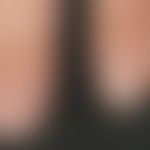 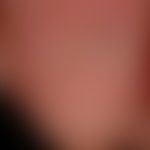 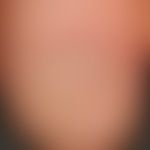