The Pacific yew (Taxus brevifolia) is a plant species from the genus Taxus within the yew family (Taxaceae). It is common in western North America and occurs along the coast from southeastern Alaska, through the Canadian provinces of British Columbia and Alberta to central California (north of the Sonora Pass). Taxus brevifolia thrives at altitudes between 0 and 2,100 metres, preferably in humid and shady locations.

Taxus brevifolia has been classified by IUCN as "potentially threatened" in 2012. The population of the slow growing Pacific yew is endangered by the isolation of Taxol (see Taxanes below). Despite improved extraction methods, about 1000 trees have to be felled to extract 1 kg of Taxol (Schilcher H 2015).

In the 1990s, it was possible to obtain the substance paclitaxel from the European yew (Taxus baccata), also known as the common yew, which had previously only been isolated from the bark of the Pacific yew. This was later joined by docetaxel, another taxane cytostatic which, like docetaxel , can be produced by partial synthesis.

Component of walnut shells and extract obtained from walnut shells. Under the influence of oxygen, hydrojug...

The Pacific yew (Taxus brevifolia) is a plant species from the genus Taxus within the yew family (Taxaceae)...

A pus-filled, follicular or non follicular, intra- or subepidermal cavity. A pustule is of medium or deep i... 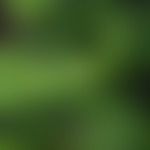 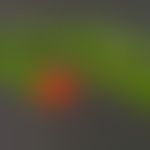