Alkaloid (isoquinoline derivative) which can be found in the root of the common mahonia (Mahonia aquifolium).

Berberine is the efficacy determining ingredient of Radix and Cortex mahoniae.

Furthermore, the alkaloid is found in the Jamaican worm bark, in the bark of Xanthoxylum clava Herculis L. (Fam. Xanthoxyleae) according to Perrins, in Podophyllum peltatum, in the West African Abeocouta bark, in the roots of Hydrastis canadensis L. and in the Ceylon Colombo wood.

Berberine is used in numerous countries in various indications. Its effects are described as antidiarrhoeic, antibacterial, antifungal, and antiprotozoal (Chen C et al. 2014). Berberine is demethylated and glucuronidated in the body via cytochrome P450 and excreted via the bile and intestinal tract.

Effects
This section has been translated automatically.

In detail, the following indications have been described:

Antiabetic effect: Berberine increases the expression of the insulin receptor on the surface of cells. This reduces the level of glucose in the blood. The mechanism is fundamentally different in nature from that of metformin or rosiglitazone.

Lipid metabolism: Berberine lowers blood cholesterol levels. The substance is considered efficient in the treatment of hyperlipidemia; combination with simvastatin has an additive effect compared to monotherapy and is possible (Dong H et al. 2013).

Antipsoriatic effect: berberine has an antipsoriatic effect (see psoriasis below). The benzylisoquinoline alkaloids berbamine and oxyacanthin, also found in Mahoniae cortex and radix, appear to have stronger antipsoriatic activity (the total extract is contained in Rubisan® cream and ointment, for example).

Methylxanthines are purine derivatives that are biosynthesized by enzymatic methylation of free xanthine on... 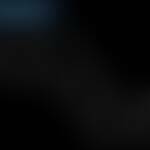