The term "targeted tumour therapeutics" or targeted cancer therapy, in contrast to the classical therapy with cytostatic drugs (non-selective cytotoxic chemotherapeutics), refers to the treatment of malignant tumour diseases with specially "tailored" drugs(biologicals), which use known and well-defined biological and cytological characteristics of the tumour tissue to prevent its disorderly expansion. This is possible because certain characteristics of the tumour cells differ from non-tumour cells. Examples are: overexpression of a membrane-bound receptor for growth factors (EGF-receptor), mutations of a membrane receptor e.g. the receptor kinase c-kit, chromosomal translocations with intracellular fusion proteins with altered tyrosinase activity).

Aromatase inhibitors (block the aromatase and thus the synthesis of oestrogen)

Since malignant cells grow in an uncontrolled manner, most "targeted tumor therapeutics" are directed specifically against the proteins involved in the signaling cascade of cell proliferation and/or angiogenesis. Targeted tumor therapeutics interact at different sites of the signaling cascade to ultimately prevent uncontrolled cell growth. These include: inhibition of growth stimulators (e.g. growth factors), blockade of the membrane-bound receptor (e.g. EGF-receptor), interruption of the intracellular signal transduction pathway (e.g. phosphorylation of intracellular target proteins).

By blocking the extracellular domain of the membrane-bound growth receptors, they are no longer able to bind themselves. The cells no longer receive a signal to divide. Examples are trastuzumab or cetuximab. Trastuzumab is directed against the growth receptor HER2, which can be increasingly developed in breast and stomach cancer. Cetuximab attaches itself to the receptor for epidermal growth factor (EGFR), which is increasingly detectable in numerous tumours.

In addition to the extracellular domain, the intracellular domain of membrane receptors can also be blocked. Tyrosine kinase inhibitors, low-molecular substances (small molecules) are able to penetrate the cell wall and bind to the inner part of the receptor (kinase). Although the growth factors can still dock to the receptor, phosphorylation and activation is no longer possible. This means that no growth signals can be transmitted. Examples of tyrosine kinase inhibitors are erlotinib and imatinib.

Another example is mTOR kinase, which is inhibited by mTOR inhibitors (e.g. temsirolimus). The group also includes so-called CDK4/6 inhibitors such as palbociclib: they inhibit enzymes called "cyclin-dependent kinases 4 and 6". Multikinase inhibitors inhibit several kinases. Sunitinib and sorafenib belong to this group.

Angiogenesis inhibitors: Tumor cells induce angiogenesis. The vascular endothelial growth factor (VEGF) plays an important role in this process. Angiogenesis inhibitors inhibit the formation of new blood vessels. VEGF can be directly intercepted and neutralised e.g. with the monoclonal antibody Bevacizumab. Furthermore, kinase inhibitors can inhibit the signal transmission from the VEGF receptor on the surface of blood vessel cells (active principle of sorafenib and sunitinib).

Proteasome inhibitors: cells that divide regularly are forced to "dispose" of superfluous protein molecules. This task is performed by a large enzyme complex called the proteasome. Disorders in proteasome function caused by proteasome inhibitors (e.g. Bortezomib) lead to apoptosis (the cell suffocates on its own waste).

Inhibition of the repair mechanisms of tumour cells: tumour cells, like healthy cells, are able to repair damaged DNA. This is done by PARP enzymes. PARP inhibitors (e.g. olaparib) stop this process. Healthy body cells can compensate the PARP inhibition by other DNA repair mechanisms. These alternative repair mechanisms are often disrupted in tumor cells. One example are BRCA1 or BRCA2 gene alterations in hereditary breast or ovarian cancer. In such carcinomas, damaged genetic material can only be repaired incorrectly. If the PARP-dependent DNA repair pathway is additionally inhibited in these cells, more and more damage accumulates in the genetic material of the cancer cells: the cancer cells die.

CD surface antigens: When monoclonal antibodies bind to structures on the surface of tumor cells (antigens), this triggers a (more or less strong) immune reaction against the tumor cells "marked" with the antibodies.

Targeted drugs act more specifically than cytostatic drugs. In this respect, the side effects are lower than with this group of drugs. Side effects on the skin and the skin appendages are frequent. or the nails. These can be, for example, redness, pustules, itching, inflammation or cornification. Hair can become brittle or fall out. These symptoms occur in some patients after days, in others only weeks or months after the start of therapy. They can be very stressful. With VEGF antibodies, arterial hypertension is observed in up to 34% of patients. Cetuximab, trastuzumab and pertuzumab cause allergic reactions, cardiomyopathy and heart failure as well as acne-like skin reactions (cetuximab). The skin symptoms usually disappear when the treatment is over. Gastrointestinal disorders, neutro- or thrombocytopenia, anemia are observed under therapy with imatinib.

As a rule, the novel substances are combined with conventional therapy methods of surgery, oncology (cytostatic therapy) and radiology (radiation therapy).

Substances from different classes of active ingredients, which have an antineoplastic effect. In the narrow...

Single or multi-chamber cavity, with or without epithelial lining, filled with liquid, gelatinous or solid ...

Tyrosine kinase inhibitor for the treatment of oncological diseases. 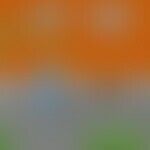