Staphylococci are roundish, non-mobile, grape-like arranged, gram-positive, non-sporeforming, catalase-positive, optionally anaerobic spherical bacteria with a diameter of 0.5-1.5 µm. They are immobile and are thus arranged in pairs or in irregular (grape-like) clusters. Optimum temperature for growth and multiplication is 30-37 °C. Extensive pH tolerance and resistance to dehydration make them comparatively insensitive.

Many species have a high proportion of branched fatty acid chains in their membrane lipids. Staphylococci play a major role as infectious agents as colonizers of the skin and the mucous membranes of the oropharynx in humans and warm-blooded vertebrates. They are facultative pathogens. Staphylococcus (S.) aureus has the greatest medical significance of the known Staphylococcus species. Furthermore, they also occur in the environment (water, air, food; medical devices such as plastic cannulas, plastic joint materials).

Olmesartan is a drug used as an antihypertensive agent in essential arterial hypertension. In addition, it ...

The genus Staphylococcus contains almost 50 species. Numerous species are still divided into subspecies (see also List of Prokaryotic names with Standing in Nomenclature). In medicine, staphylococci are classified according to the coagulase reaction into:

By means of differentiated detection methods (e.g. MALDI-TOF mass spectrometry), numerous species can now be precisely distinguished from one another.

So far found exclusively in animals or very rarely in association with infections in humans:

Coagulase-negative staphylococci: The coagulase-negative staphylococci are usually colonizers of the skin and mucous membranes without disease significance. However, they have medical significance in immunosuppressed patients. Furthermore, they cause therapeutic problems in connection with so-called polymer-associated infections (plastic infections), i.e. colonisation of plastic surfaces (e.g. catheters, artificial heart valves, artificial joints; problem of biofilm formation). In humans, the following species in particular may be involved:

Another 45 species, although rarely found in humans.

Staphylococcus (Singular Staphylococcus) is a term introduced by Alexander Ogston in reference to the term streptococcus, which was coined by Billroth in 1874 and is composed of the components staphyle (Greek) = grape and kokkos (Greek) = core.

Suture flap plastic surgery in which one end of the excision spindle does not have a lancet-shaped end but ...

Biperiden is like atropine and scopolamine a muscarinic receptor antagonist with a tertiary nitrogen. Biper...

Prothrombin (factor II) is an enzyme synthesized in the liver and is vitamin K-dependent.The biosynthesis o... 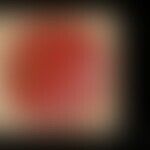