Richard J. Roberts and Phillip A.Sharp received the Nobel Prize in Physiology and Medicine in 1993 for the discovery of the splicing mechanism.

The term "splicing" comes from the English splice 'to join together', 'to stick together and refers to the joining of the exons to form the mature mRNA.' Many genes in higher organisms are present "fragmented", i.e. the gene sequence is interrupted by DNA segments that do not contain "building instructions" for proteins. Those regions that contain the biological information are called exons (expressed sequences). Those DNA segments that lie in between and do not contain biological information are referred to as introns (intervening sequences) (Matera AG et al. 2014).

During the conversion of genetic information into proteins, an RNA copy of the entire gene sequence is first created(transcription), which is referred to as the primary transcript (pre-mRNA). The introns are then removed via a complicated regulatory mechanism.

The DNA segments containing the biological information, the exon sequences, are joined together. This process is called "splicing". The now completed mRNA then travels to the ribosomes to be recopied (translated) into an amino acid chain (protein).

In many cases, the exons can be combined in different ways during splicing ("alternative", "differential" or "tissue-specific splicing").

The process of splicing is catalyzed by the spliceosome, a large protein-RNA complex in which RNA performs the catalytic function (Matera AG et al. 2014). Two different types of spliceosome are distinguished(Patel AA et al. 2003):

The Wells Score is a validated scoring system for the clinical assessment of the probability of the presenc...

Microtubules are composed of fine tubular protein structures and, together with the so-called intermediate ...

Transcription of gene sequences contained in DNA into mRNA. In this process, the genetic information of the... 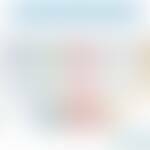 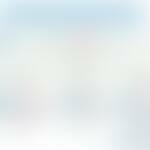