The human genome has about 6 billion base pairs, of which about 3.3 million are interindividual variations, i.e. SNPs. SNPs usually have no effect on the function of the gene, but they do provide information about the genetic basis of diseases. Since they are relatively easy to detect - the genome does not have to be sequenced for this - many medical studies are based on their analysis.

About 38 million SNPs are found in the human genome. About one in five hundred DNA bases may be altered. Some are common, but others are found in less than 1% of the population. SNPs are also known as "successful point mutations", i.e. genetic changes that have become established to some degree in the gene pool of a population, and have thus become heritable changes.

SNPs do not occur evenly distributed, but rather unevenly at specific regions. In an estimated two-thirds of all cases, a C>T exchange is found, which is often due to the deamination of a methylated cytosine (5-methylcytosine) to thymine.

The SNPs are found in both coding and non-coding intronic regions.

The majority of SNPs are silent or synonymous. Silent SNPs do not alter the amiso acid sequence derived from them.

From biomedical research, SNPs have become irreplaceable. They allow the mapping of the genome. On the one hand, SNPs can be assigned a fixed position in the genome, and on the other hand, they are inherited together with the surrounding genes. Thus, if individual SNPs occur particularly frequently together with any congenital traits, one can draw conclusions about the genes that may be involved. The SNP variants are listed in the SNP database (dbSNP) under defined reference numbers and with additional information on frequency, allele distribution and genomic characteristics.

KRAS is the acronym for "Kirsten rat sarcoma viral oncogene". KRAS is the most common human driver oncogene...

Mosquitoes are slender, thin- and long-legged bipeds with many-limbed, serrated antennae whose mouthparts a...

TRPC3 (and TRPC6) are receptor-activated, non-selective cation channels belonging to the canonical transien... 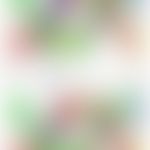