Microtubules are composed of fine tubular protein structures and, together with the so-called intermediate filaments and the microfilaments, form the cytoskeleton of the eukaryotic cell. They thus ensure to a large extent the stability and functionality of the cell. The filaments usually originate from a center (at the minus end), the so-called microtubule organizing center (MTOC). Examples of this are the centrioles at the poles of the cells. Microtubules are often arranged as singlet, duplet or triplet organizing units.

Life span of micro tubules: Microtubules have an average life span of about 10 minutes. It is prolonged when the microtubules are incorporated into larger structures and thus stabilized. Basically, microtubules can thus be defined as having two distinct populations:

MAPs: Micro tubule-associated proteins (MAPs) interact specifically with the microtubules of the cytoskeleton. Thus, they exert an influence on microtubule dynamics. As stabilizing factors, the proteins bind to microtubules and slow down the depolymerization of tubulin subunits. Some MAPs additionally accelerate their polymerization, such as the assembly MAPs - Tau and MAP4.

Mitosis inhibitors: The assembly and degradation of microtubules can be inhibited by tubulin inhibitors (mitosis inhibitors: see below cytostatics, see below taxanes, see below vinca alkaloids). Thus, the vinca alkaloids vincristine or vinblastine block the polymerization process by specifically binding to α-tubulin, making polymerization with β-tubulin impossible. The assembly of microtubules is suspended.

Microtubules are also involved in the rapid axonal transport of the nerve cell. Here, mainly vesicles are moved along the microtubules by motor proteins(kinesin, dynein). In this type of transport, speeds of 25 to 40 centimetres per day can be achieved. Transport can occur both downstream towards the synapse and in the reverse direction from the synapse to the soma.

Substances from different classes of active ingredients, which have an antineoplastic effect. In the narrow...

The cohesin complex is a chromosome-associated protein complex with multiple subunits that is highly conser...

The Calcitonin Gene-Related Peptide receptor is a receptor protein found in the membrane of vertebrates tha... 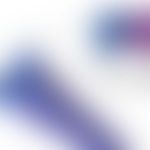 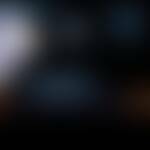