The structure of immunoglobulins was uncovered in the middle of the last century by G.M. Edelmann and R.R. Porter, who were able to extract large amounts of monoclonal immunoglobulins from myelomas.

Immunoglobulins are the carriers of the humoral, specific, endogenous defence.

5 immunoglobulin classes can be differentiated: IgG, IgA, IgM, IgE and IgD. Naive B-cells express only IgM and IgD, whereas the other immunoglobulins or subclasses are only formed in the course of an immune response.

The structure of the antibodies consists of 2 heavy (H = heavy chains) and 2 light (L = light chains) chains, which are connected by disulfide bridges.

At the amino-terminal end there is the so-called antigen binding site, which is called Fab fragment.

The type of H-chain determines the class specificity of the antibodies; in the case of light chains, kappa and lambda chains can be distinguished.

The different functions of the antibody classes are mediated by different structures in the area of the Fc piece and thus by different cell binding. The antibody diversity results from recombination of the germline genes for the light chains (V = variable, J = joining, C = constant) and for the heavy chain genes (V = variable, D = diversity, J = joining and C = constant) (see immunoglobulin genes below). By deletion and translocation as well as consecutive transcription and alternative RNA splicing, antibodies of different specificity and different immunoglobulin classes are synthesized.

The B-cell activation in the germinal centres leads to an upregulation of AID (activation-induced cytine deaminase), a central enzyme for the regulation of different activating cascades, which are responsible for an isotype change (so-called class change - e.g. to an IgE class change). This class change in B-cells leads to a situation where activated B-cells react much faster with a specific antibody formation in case of a renewed antigen contact than would be possible with naive IgM- or IgD-positive B-cells.

Nephropathy of the thin basal me... 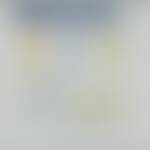 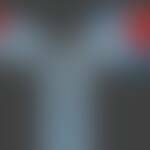