Immunodeficiency 58 due to Carmil2 deficiency D82.3

Wang et al (2016) reported 6 patients from three unrelated families. Two families were consanguineous with Moroccan (family A) and Tunisian (family B) ancestry, while the third was an unrelated Turkish family (family C). Patients presented with chronic mucocutaneous candidiasis, including onychia and perionychia of the nails and thrush, and severe eczematous dermatitis during the first years of life. Furthermore, variable skin involvement with scaling of the scalp with limited cicatricial alopecia, hyperlinearity of the palms, inflammatory plaques on the soles with pustular lesions, ichthyosis, psoriasis-like plaques, seborrheic dermatitis, diffuse hyperpigmented lesions with atrophic and ulcerated scars, and red inflammatory plaques on the face, trunk, back, elbows, and legs. Histologically: psoriasiform hyperplastic epidermis. Two siblings suffered from severe recurrent subcutaneous staphylococcal abscesses, 1 patient from molluscum contagiosum and 2 from mycobacterial infections. Most patients had recurrent bacterial lung infections and chronic bronchitis, and some had asthma and bronchiectasis. Furthermore, allergic symptoms (food allergies, allergic bronchial asthma) were found. The most severely affected patient had multifocal tuberculosis of the lungs, lymph nodes, and intestines, viral meningoencephalitis, and overall poor growth. He died at the age of 17 years. All patients had normal circulating B-cell, neutrophil, monocyte, and NK-cell counts. All patients except one had increased levels of CD8+ T cells, and two unrelated patients had increased levels of CD4+ T cells. However, patients had decreased levels of certain T-cell subtypes, including regulatory T cells, follicular T helper cells, and certain subsets of memory T cells, including Th1 and Th17. All patients responded poorly to vaccination with antibodies and had fewer memory B cells.

ALK is the acronym for "Anaplastic Lymphoma Kinase".The ALK gene is a biologically important protein-coding... 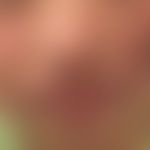 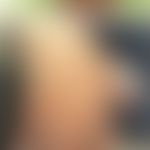