ERM is the acronym for "Ezrin/Radixin/Moesin". ERM stands for a protein family consisting of the three highly conserved proteins: ezrin, radixin and moesin (ERM) (Sato et al. 1992). EMR proteins link integral membrane proteins to the actin cytoskeleton and relay signals into the cell interior. ERM proteins regulate plasma membrane plasticity and are responsible for the formation of specific membrane structures. In this way, they mediate the formation of microvilli, cell contacts, membrane protrusions and division furrows (Bretscher et al. 2000).

Ezrin/Radixin/Moesin as members of the band 4.1 protein family. ERM proteins have arisen by gene duplication and show strong homologies to each other. The DNA sequence of murine ezrin is 75% identical to that of radixin, and 72% identical to that of moesin. The DNA sequences of radixin and moesin (MSN) are 80% identical (Tsukita et al. 1997). This indicates that ERM proteins have similar, and in some cases redundant, functions.

In human lymphocytes, monocytes and neutrophils, ezrin and moesin are expressed, but not radixin. In platelets, moesin is predominantly detected (Fehlner K 2013). Mice in which one of the three ERM proteins has been deactivated by targeted gene modification often show abnormalities only in the tissues and cell populations in which the corresponding ERM protein is expressed alone.

ERM proteins not only show high sequence homologies among themselves, but are also 48% identical to another protein, Merlin ("Moesin-Ezrin-Radixin-like Protein"). Merlin is a tumor suppressor.

In humans, a defect of the merlin-encoding gene NF2 leads to dominantly inherited neurofibromatosis 2, resulting in the formation of schwannomas (= benign tumors of the central nervous system) and mesotheliomas (Martuza & Eldridge, 1988; Bianchi et al., 1995). Together, ERM proteins and Merlin belong to the Band 4.1 protein superfamily. This family takes its name from an erythrocyte membrane protein called Band 4.1 protein. This connects the plasma membrane to the cytoskeleton and regulates the deformation and stability of erythrocytes.

Disseminated eruption of mollusca contagiosa due to the spread of molluscum contagiosum virus in atopic ecz... 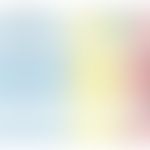 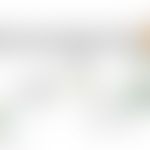