Marcello Donati was born in Mantua in 1538, the son of Ettore, a goldsmith from Correggio (according to some sources, D. was also born in Correggio), and Laura Pomponazzi, a Mantuan noblewoman and daughter of the famous doctor Pietro.

Little is known about his childhood; twice he fell ill with malaria: the first time the disease lasted eighteen months, the second time just under a year. He studied Latin, Greek, Spanish and French, as well as philosophy, eloquence, Latin, Greek and Italian literature. Marcello Donati He began his medical studies in Mantua with Francesco Facini, physician to Duke Guglielmo Gonzaga, as a teacher. He then continued it in Padua, since no degrees were awarded in Mantua until 1562, and graduated in Padua on July 17, 1560.

At this university, within a few years, from 1543 to 1546, the demonstration method was introduced in anatomy, botany, and clinic, and the foundations of modern epidemiology and pathology were laid. His stay in Padua was particularly important for D.'s cultural education: he learned all the new theories and turned to the professors who revolutionized the Galenic tradition and traditional anatomy.

Marcello Donati was admitted to the College of Physicians in Mantua on October 12, 1560, immediately after his graduation; it is therefore likely that he had already completed his practical training in Padua. He soon made a name for himself as a physician in Mantua. Not even twenty-four years old, he was admitted to the "Accademia degli Invaghiti".I n the age of twenty-six, he was appointed its vice-rector. Thus, by virtue of the privilege granted by Pope Pius IV, he could bear the title of Knight. Later, from 1576 to 1599, he was rector of this academy, where he read his own literary works, poems and dissertations on various subjects. Medicine, however, remained his special field of study and activity.

Marcello Donati had the opportunity to discuss anatomy with illustrious figures, including the Spaniard Juan Valverde de Hamusco, author of a Historia de la composición del cuerpo humano, illustrated with 42 plates and one of the most widely read books of the time.

He was acquainted with Ulisse Aldrovandi, who mentions his name in two documents; he was friends with Alfonso Pacio of Ferrara, who in a letter of April 15, 1570, announces that Marcello Donati is translating "the work of Dr. Nicolosa", perhaps Nicolás Monardes, from Spanish into Latin, and informs that he has received D.'s books "de variolis et morbillis et un discorso del Mechoachan" as a gift. He also had a fruitful collaboration with the physician Cavallara.

Following the new currents in anatomy, D. enriched his cabinet with anatomical specimens, autopsied numerous corpses by his own hand, and noted many observations of clinical cases. He was familiar with Arabic as well as Greek and Roman medical authors and used this practice in compiling his works.

The treatise De variolis et morbillis was written on the occasion of a smallpox epidemic that raged in Mantua in 1567; it was published here in 1569, 'Apud P. & C. Philoponos', with De radice purgante quam Mechioacan vocant as an appendix.

The treatise is dedicated to Archduke Charles of Austria, and D. states that he was urged by learned friends to print his "elucubrationes." The work, reprinted in 1591 and 1597 by the ducal printer Francesco Osanna, is divided into 30 chapters. In the appendix, D. describes the characteristics of the plant, the substance extracted from the root, its pharmacological properties, and the technique of pharmaceutical preparation. On the first page of the work, we learn that he read with enthusiasm a Spanish-language pamphlet by Nicolás Monardes, which led him to experiment with the admirable properties of the root. Hence D.'s writing, which was translated into French by P. Tolet and published in Lyon (M. Jove) in 1572.

D. was also a botanist: in the garden of his house in the district of Leone. Vermiglio he laid out a rich and well-ordered botanical garden, where he collected well-known and exotic plants, the new plants from the New World, whose medicinal efficacy he wanted to test. He also had an eclectic museum set up in his house, in the typical taste of the late Renaissance, a collection of objects that were in some way extraordinary, precious or unusual, and which aroused people's admiration: classical marble inscriptions, sculptures, medals, prologues, books, objects that after his death became mostly the property of the Gonzaga family.

In 1581 he was sent to Parma to visit the very young Margherita Farnese, who had just married Prince Vincenzo and who was suspected of not being able to consummate the marriage and provide for offspring. After questioning Vincenzo and examining his wife, D. sent several letters to Mantua diagnosing the need for an operation on the young woman, but without being able to give any assurance about the success of the operation. Famese's physician, G. Fabrici d'Acquapendente, had taken a less drastic approach. In 1582, however, Margaret was sent home. Pope Gregory XIII then appointed the Cardinal Archbishop of Milan, Carlo Borromeo, as arbitrator in the matter. He listened to the opinion of the most famous doctors who were summoned to Parma to prove that the young bride was curable. In the end, he had to decide the case - obviously not only medically but also politically - between a report by the famous surgeon Andrea da Fano and the opinion of D., who feared that the operation would be fatal for Margherita. Borromeo was convinced of the second hypothesis and persuaded the Farnese to retire to the convent to allow the process of annulment of the marriage. It was again D. who, in March 1584, as a doctor and confidant of the Gonzaga family, intervened to ensure, by means of a "marriage test" requested by the Medici, that the young Vincenzo could consummate the marriage and be given in marriage to the Princess Eleonora without fear. The episode of the "test", which took place in Venice in the presence of D., was for a long time unjustly associated with the fame of the latter, who at the beginning of the negotiations between the two houses had unsuccessfully tried to dispel the rumors about the prince.

As secretary to Vincenzo Gonzaga, Marcello Donati was also involved in the liberation of Torquato Tasso from the hospital of S. Anna in Ferrara. The poet addressed several letters to him between 1581 and 1585 to draw the prince's attention to his case. He followed Vincenzo on his travels to Monferrato, Tuscany and Germany, and was sent several times on diplomatic missions to various courts, Parma, Ferrara and Florence.

In the meantime, the six books of De medica historia mirabili by Father Osanna had been printed in Mantua in 1586, his main work, an extensive collection of clinical cases and personal anatomical observations by ancient, Arabic, medieval and contemporary authors, one of the first of its kind and a precursor of the tendency to compile extensive clinical case histories that was to have its greatest author in the 18th century in Giovanni Battista Morgagni. Among other things, he was the first to describe gastric ulcer in a corpse and what later became known as Quincke's edema.

The work was very successful: in 1588 it was reprinted in Venice by Valgrisi and in 1597 it was reprinted and supplemented in Venice by Giunti. The German physician Gregorio Horst published two more editions in Frankfurt in 1613 and 1664. The book is also of great importance from the point of view of social history: it also contains unique and wonderful cases, which were in accordance with the taste of the time.

D. was married at the age of 31, on January 8, 1569, to Cecilia Laziosi, a 61-year-old noblewoman and wealthy widow of the ducal physician Gian Maria Facini. This marriage was intended to provide Marcello Donati, an already established physician and academic, not so much wealth as easier access to the office of ducal physician.

In vain D. tried to find heirs: Gerolamo, the youngest brother, died in 1579; the other brother, Federico, died in 1581. In the same year Marcello Donati named his cousin Giulio as heir and, in case of his death, Giulio's brother Nicolò. However, both died without a successor. In his will of 1599, he appointed his wife Cecilia as beneficiary of his inheritance and stipulated that in the event of the extinction of the Donati line of Mantua, all his property should pass to the Monte di pietà, with the stipulation that his house be converted into a school of logic and literature, that three poor young men be employed at 60 gold scudi per year to study at a famous university, and that an expert botanist be paid to tend the garden he had founded for the benefit of Mantuan physicians and apothecaries.

Marcello Donati died in Mantua on June 8, 1602, at the age of 64, as a result of a stroke. His cousin Federico, his heir, had a funeral monument erected to him in S. Francesco in Mantua.

Condition of visible hairlessness on parts of the body normally covered with terminal hair, especially the ...

Cannabidiol (CBD) is a non-psychoactive cannabinoid isolated from Cannabis sativa that has recently attract...

Atopic dermatitis in children an... 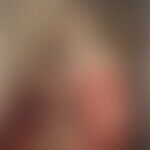 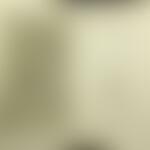