Carmustine, also known as BCNU, is a cytostatically active drug (molecular formula C5H9Cl2N3O2) from the group of nitrosoureas, which is used in the treatment of certain severe, advanced tumour diseases. Carmustine, like the nitrogen-lost derivatives and the related nitrosourea lomustine, contains chloroethyl residues and additionally a highly reactive nitroso group.

The carmustine molecules decompose spontaneously and release the alkylating ethyl carbonium ion, which causes cross-linking of the DNA by alkylation of guanine and cytosine.

In addition, isocyanates are formed, which also inhibit DNA repair by combining with the DNA polymerase. Carmustin and lomustin have a phase-independent effect, i.e. they also act on resting cells.

Indication
This section has been translated automatically.

Treatment of brain tumours (carmustine, like lomustine, is a liquid: glioblastoma, brainstem glioma, medulloblastoma, astrocytoma and ependymoma, brain metastases) as well as the second therapy for non-Hodgkin lymphomas and Hodgkin's disease.

Transmembrane receptors, which are mainly found in the CNS, but also in many other tissues (for example in ...

Carmustine is toxic to the lungs (interstitial pneumonia, pulmonary fibrosis)

Because of its strong side effects Carmustin is used only in a very limited way. However, carmustine is considered irreplaceable for the preparation of patients for stem cell transplantation.

After taking olmesartan, an AT1 receptor inhibitor, side effects such as respiratory infection, dizziness, ...

Not rare, hereditary or also non-hereditary, acquired, disseminated form of porokeratosis in light-exposed ... 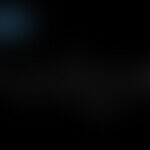