The subtypes β1 and β2 of the β adrenoceptor are crucial for the clinical efficacy of beta blockers. The different drugs differ in their affinity for these receptor types.

Propranolol has about the same effect on both receptor types: "non-selective beta-receptor blocker".

Spectrum of action
This section has been translated automatically.

Heart: In the heart (mainly ß1-receptors), beta-receptor blockers have a negative inotropic effect (reduction of contractility), lead to a reduction in the resting frequency of the heart (inhibition of excitatory regression, negative chronotropy), to a slowing of the sinus node rhythm and the rate of conduction (negative dromotropy), as well as to a reduction in the excitability of the myocardium (negative bathmotropy) and to a reduction in blood pressure. They are used in the drug therapy of numerous diseases, especially arterial hypertension and coronary heart disease. Their main and clinically preferred effects are the reduction of resting heart rate and blood pressure.

Kidney: At the kidney (ß1-receptors), beta-receptor blockers lead to a reduced release of renin from the juxtaglomerular apparatus.

Smooth muscles (mainly ß2-receptors): Here beta-receptor blockers lead to an increase in muscle tone. This causes a constriction of the bronchial muscles, the peripheral vessels and the uterus muscles.

Eye: Reduction of the production of aqueous humor.

All beta-blockers are equivalent with regard to their antihypertensive efficacy. How this effect comes about is not known with absolute certainty. There is probably a summation effect (initially a reduction in cardiac output becomes effective). In the long term, an inhibition of the sympathetic nervous system activity and a reduction in the release of renin play a role.

However, they have a negative effect on the risk of weight gain, lipid and glucose metabolism. Beta-blockers increase the likelihood of developing diabetes in patients with high blood pressure by about 25%. "Beta-blockers should therefore be avoided in patients with metabolic syndrome or its components, such as abdominal obesity, high normal or elevated plasma glucose levels and pathological glucose tolerance". Beta-blockers with intrinsic sympathomimetic activity (ISA) do not have an adverse effect on serum pipids.

Coronary artery disease and heart attack: Beta-blockers reduce the oxygen demand of the heart by decreasing the cardiac output. In addition, by lowering the heart rate, a better blood supply to the coronary arteries is achieved, as these are only supplied with blood in diastole. Beta-blockers without ISA and without alpha-blocking properties are important drugs in stable angina pectoris and in myocardial infarction. A life-prolonging effect of this group of drugs has been proven for both indications.

Heart failure: In stable, chronic heart failure, the use of beta-blockers improves the prognosis from stage NYHA-II, in hypertension and after myocardial infarction also in stage NYHA-I (Verbrugge FH et al. 2015). For example, bisoprolol, metoprolol and carvedilol improve the prognosis of heart failure patients by about 35%. In larger meta-analytic studies it was shown that discontinuing beta-blockers in "Acute Decompensated Heart Failure", ADHF, led to an increase in mortality (Prins KW et al. 2015). For the ADHF, the reduction of the sympathetic nervous system influence on the heart and the economisation of heart work is the main focus. Initially, the treatment of heart failure must be "creeping in". Approved preparations: bisoprolol, carvedilol, metoprolol and nebivololol.

Cardiac arrhythmias: Beta-blockers have been shown to play an important role in the treatment of tachycardic arrhythmias as class II (propranolol, metoprolol) and class III (sotalol, D-sotalol) antiarrhythmics. Their life-prolonging effect is well documented. For the effectiveness of the antiarrhythmic beta-blockers, their anti-stimulation effect on the heart plays a decisive role.

Chronic off-angle glaucoma (as a local therapeutic agent). Beta-blockers (e.g. Timolol, Betaxolol) lower the intraocular pressure when applied topically, because these preparations reduce the production of aqueous humor. The systemic effectiveness of these preparations should not be underestimated.

Beta-blockers are well tolerated even after prolonged use (Gu J et al. 2016). The known side effects are usually reversible after discontinuation of the drug or adjustment of the dosage. The most important side effects are:

Interactions
This section has been translated automatically.

Simultaneous intake of Ca-channel blockers of the verapamil or diltiazem type (amplification of cardiodepression). Phenothiazines (sympatholytic interaction), beta-sympathomimetics (attenuation of all effects).

Contraindication
This section has been translated automatically.

Important relative and absolute contraindications for (all) beta blockers are:

bronchial asthma (in COPD beta-blockers may be given), pre-existing bradycardia with a heart rate below 50/min, AV conduction disorders, AV block >1st degree, sick sinus syndrome, acute heart failure, in PAVK beta-blockers are no longer contraindicated according to the current guideline (German Society of Angiology).

Hyposensitization should not be performed in patients whose heart failure is treated with beta-blockers, as the risk of anaphylactic reactions is increased.

Depending on the selectivity towards the different β receptors, different groups of beta blockers are distinguished:

In some sports, the use of beta-blockers is not permitted because they are on the doping list as performance-enhancing substances.

Carbonic anhydrase is an intracellularly localized enzyme (membrane-bound and cytosolic occurrence) that pl...

Propranolol is a non-cardioselective beta-adrenoceptor antagonist. These are also referred to as "beta-bloc... 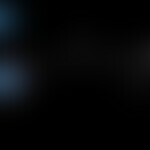 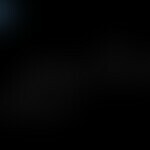 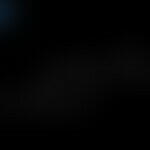 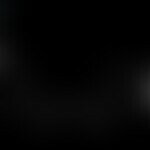 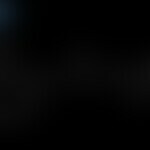