Angiotensin I itself is largely inactive.

According to their chemical structure, ACE inhibitors are dipeptide or tripeptide analogues of the C-terminal amino acid sequence of angiotensin I. They are all acids with at least one free carboxyl group, which is required for binding with the catalytic centre of the ACE. They block the function of the enzyme thereby inhibiting the conversion of angiotensin I to angiotensin II.

Semi-synthetic antibiotics which are essentially derivatives of cephalosporin C isolated from Cephalospoium...

Pentoxyverine is a drug used as an antitussive. Unlike antitussives from the opioid group (codeine, dihydro...

Reflected light microscopic structural feature of malignant melanomas with a specificity of more than 85%.

The B-cell receptor (BCR) is a multiprotein complex consisting of a membrane-bound immunoglobulin (antibody... 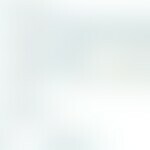