The androgen receptor antagonists are divided between:

Steroidal androgen receptor antagonists: The steroidal antiandrogens are derived from progesterone and are less selective than the newer non-steroidal agents. Cyproterone acetate (CPA), is the typical representative of this group. Cyproterone acetate is chemically speaking a progesterone derivative. The active ingredient acts as a competitive antagonist at the androgen receptor. Indications are: hirsutism, severe acne vulgaris, sexual dullness and palliative treatment of prostate cancer.

The Calcitonin Gene-Related Peptide receptor is a receptor protein found in the membrane of vertebrates tha... 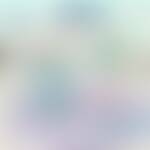