Depending on the structure, distribution and second messengers, a basic distinction is made between the main groups:

These two main groups are further subdivided into subtypes due to their different effects:

The alpha1-adrenoreceptors are mainly found in the presynaptic membrane of sympathetic and parasympathetic neurons, but also on the cell membrane of adipocytes. They contribute to the regulation of sympathetic activity and influence a number of sympathetic responses, for example, to smooth muscle in vessels, bronchi, the hair follicles (goose bumps), the urogenital tract and the gastrointestinal tract (see table). It is known that the α1A-receptor subtype mediates vasoconstriction, and the α1B- receptor subtype produces the well-known positive inotropic effect at the heart of the α1-receptor:

The α2-adrenoceptors can be further subdivided into:

β1-Adrenoceptors occur as effector receptors of the sympathetic nervous system in heart, kidney and adipose tissue, but also in other tissues. They have a higher affinity for epinephrine compared with norepinephrine. Cardiac effects are also predominantly triggered via the β1- receptor subtype. This receptor type is expressed quite predominantly in cardiac myocytes. Only 25% of the receptors belong to the β2-subtype. Activation of beta1-adrenoreceptors leads to an increase in cAMP levels in the cells. Cyclic AMP activates cardiac muscle and relaxes vascular smooth muscle. At the myocardium, cAMP elevation leads to activation of cAMP-dependent protein kinase A (PKA). This phosphorylates the voltage-dependent L-type Ca++ channel of the cardiac muscle cell and thus ensures the positive inotropic effect. At vascular muscles, PKA phosphorylation leads to smooth muscle cell relaxation via 2 different enzyme steps (deactivation of myosin light chain kinase, activation of Ca++-ATPase).

Furthermore, the lipolytic effect is mediated via the β1-receptor subtype as well as the increased release of renin. The latter in turn leads to stimulation of the renin-angiotensin-aldosterone system and thus to an increase in peripheral blood pressure.

β2-Adrenoceptors: The β2-adrenoceptors are the most abundant β-receptors in the periphery; they are found in most organs influenced by the sympathetic nervous system and ubiquitously in smooth muscle. Through β2-adrenoceptors, the action of the sympathetic nervous system is mediated in most target tissues; their activation results in smooth muscle relaxation, especially in bronchi, blood vessels, uterus and intestine. In addition, the release of insulin is stimulated by pancreatic beta cells, resulting in a partial anabolic effect (Johnson M (2006). Beta2-adrenoceptors are also expressed on immune cells.

β3- and β4-adrenoceptors: These can also be detected in adipose and other tissues. The β3-adrenergic receptor (β3-AR) is an important regulator of various physiological functions, such as thermogenesis in brown adipose tissue, lipolysis in white adipose tissue, negative inotropic effect in cardiomyocytes, and dilations of vascular muscles. Evidence suggests β3-AR mutants associated with obesity, diabetes, cardiovascular disease and other disorders (Yang LK et al. 2019).

Note: In addition, it is conceivable that other receptors sensitive to catecholamines exist.

Pharmacological use: The adrenoceptors can be inhibited selectively or non-selectively, non-specifically by various drugs, so-called alpha and beta blockers. Stimulation of the adrenoceptors by receptor agonists is also possible. Adrenalin and noradrenalin itself are used as emergency therapeutic agents.

α-receptor antagonists(alpha-receptor blockers): Inhibitors of theα1-adrenoceptors(selective α1-receptor antagonists), are used in the treatment of hypertension (e.g. Doxazosin). Alpha-blockers with a selectivity for the receptorα1A subtype(e.g. tamsulosin), have also been shown to be effective in the therapy of benign prostatic hyperplasia. An alpha-blocker with selectivity forα2 adrenoceptor, yohimbine, has been shown to be important in the symptomatic treatment of erectile dysfunction.

α-receptor agonists(alpha-sympathomimetics) are drugs that act agonistically on α-adrenoceptors. Therapeutically, they are used as nasal sprays to reduce swelling of the nasal mucosa.

β-receptor antagonists(beta-receptor blockers ) are pharmaceuticals with a broad medical application spectrum. They are mainly used in the treatment of hypertension, coronary heart disease, chronic heart failure, cardiac arrhythmia and migraine.

β2-receptor agonists(β2-sympathomimetics ) are mainly used in pneumology for acute therapy of bronchial asthma. In obstetrics they are used as tocolytics.

adrenoreceptors and the effect they mediate (table varies according to Graefe KH et al. 2016)

Biogenic hormone of the adrenal medulla, neurotransmitter of adrenergic neurons in the CNS, catecholamine w...

Biogenic hormone belonging to the group of catecholamines and neurotransmitter of the sympathetic nervous s...

Fosinopril is a drug from the group of so-called angiotensin-conversion enzyme(ACE) inhibitors. Fosinopril ... 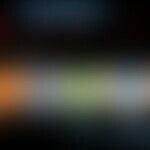 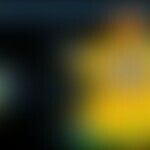