The effects of acetylcholine are mediated by 2 different receptor types:

Receptor and ion channel are part of the same protein complex. This is embedded in the cell membrane and consists of 5 subunits that enclose a central pore(ion channel). The binding sites for the endogenous agonist (see figure for a nicotinic acetylcholine receptor) are located extracellularly on one of the channel units. The nicotinic acetylcholine receptor increases the conductivity for Na+ and K+ ions.

Serotonin is a neurotransmitter in the CNS and a biogenic amine that occurs in large quantities in the inte...

Multiple myeloma (MM) is a malignant tumor disease that belongs to the B-cell non-Hodgkin's lymphomas accor... 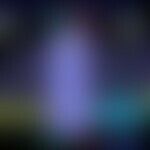