General definition
This section has been translated automatically.

Due to their way of life, ticks often transmit pathogens between hosts, but without becoming ill themselves. These are more types of pathogens than any other parasitic animal group. There is a threat to humans from the transmission of the pathogens to:

A tick bite is a process that should be observed. The most important vectors in Central Europe are the species of the genus Ixodes with the most common native species, the so-called "common wood tick" ( Ixodes ricinus), as well as the genera Rhipicephalus, Dermacentor, Haemaphysalis, Amblyomma and from the family of leather ticks the genera Argas and Ornithodorus.

Ticks (Ixodidae) are a superfamily within the mites (Acari) with leathery skin, which belong to the class of arachnids. Ticks belong to the largest mite species. Most species are ectoparasites (they do not penetrate the host's interior). Birds, reptiles and mammals serve as hosts. There are about 650 species of ticks worldwide (S.a. pigeon ticks).

Ixodidae lay eggs in various protected places such as the undersides of blades of grass. Six-legged larvae hatch out of them. After a few days, these larvae find an intermediate host (rodent), attach themselves there and take up blood within two to three days. After sucking, they let themselves fall off and after a few months, at the end of their development, they shed their skin to form the first eight-legged nymph, which is about 1.5 to 2 millimetres in size. This nymph in turn seeks out another intermediate host (cat). They then enter a dormant stage until the following spring. Only after this pause do they look for another host. After that, another moult to the second nymph (leather tick) or to the adult animal (shield tick) takes place. The adult tick then attacks the final host (human, cattle). The female is then mated with the tick. The female lays up to 3,000 eggs shortly afterwards. The male ticks die after mating, the females only after laying their eggs.

The tick incises the skin with its paired mouth parts (so-called cheliceren) and pushes the hypostome (stinging apparatus) into the wound. The hypostome is symmetrically covered with barbs. However, they only bore into the skin superficially and then "lick" the escaping blood. The procedure is colloquially known as a "tick bite", but the correct term is "tick bite".

The infection of ticks with Borrelia burgdorferi is rarely transovarian. In fact, the larvae are already infected via a blood meal of infected mice. The mice themselves form the largest natural reservoir.

For the transmission of TBE, north-eastern and eastern Europe are considered to be the regions with the highest transmission risks of TBE. The risk zones include Bavaria, Baden-Württemberg, parts of Hesse, Rhineland-Palatinate, Thuringia, regions in Austria, Switzerland, Northeast and Eastern Europe, and Asia. The highest TBE risk in Europe, with several hundred cases per year, is found in the Baltic States, Slovenia, and the Czech Republic. Travelers in endemic areas are recommended to be vaccinated (information from the Center for Travel Medicine CRM).

A stuck tick should be removed as soon as possible after its detection. It is best to grasp the tick with fine tweezers or tick tweezers as close to the skin as possible (not on the body, as this can squash pathogens into the wound) and slowly pull it out of the skin. Thorough removal of tick remains (usually the so-called hypostome of the tick). Then disinfect the puncture site thoroughly. The use of oil or nail polish for removal is not recommended because it is not certain that these procedures will not accelerate the penetration of germs. On the contrary, it can be assumed that aggressive agents cause the tick to release secretions and thus possible pathogens more quickly.

For smaller ticks: Often, small ticks cannot be safely grasped with tick forceps. In this case it is recommended to remove them with a scalpel. The blunt side of the blade rests on the skin of the patient, the tick is levered out.

In principle, ticks can also be removed by means of a punch biopsy under local anesthesia. This procedure is recommended if the patient has already manipulated the tick in some other way. There is no danger of the tick being squashed or of tick remains remaining in the skin.

Leather ticks often live close to their hosts and prefer rather dry dark shelters. Particularly well suited conditions are provided by forest edges and clearings with tall grasses, wet meadows and brook margins with similar vegetation, and also deciduous or mixed forest with grassy or herbaceous undergrowth. They normally carry out their activities from March to October. Their life span is between two and five years. Ticks can survive a full wash of clothing, so a tick bite can occur long after a walk in the forest.

In the next few years, tropical tick species of the genus Hyalomma could also spread to Central Europe. These tick species can carry the bacterium Rickettsia aschlimanni, the causative agent of spotted tick fever. Individual specimens have been found in Germany.

Ixodes inopinatus from the Mediterranean region has now spread as far as Denmark.

Rhipicephalus sanguineus, the "brown dog tick", originally native to Africa, has also been discovered on Hunades in Central Europe.

Benign, very slow-growing exophytic tumour of the adult, occurring on the fingers.

The most common tick species in Central Europe, Ixodes ricinus, is also the main carrier of B. burgdorferi ... 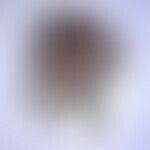 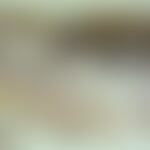 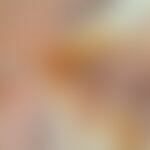 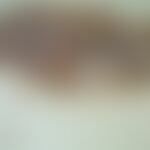