Development from the tuberous syphilid in stage III of syphilis by central regression and peripheral progression of the foci with formation of serpentine and also large anular figurations. Disease patterns as shown here are no longer encountered in today's time of antibiotics! The historical illustration should show the clinical picture in its full expression.

Mainly face, capillitium, but also on the extremities and trunk.

The 44-year-old patient had been observing the slow and completely painless development and growth of red, initially surface-smooth and later centrally crusted plaques on the trunk for some time. Otherwise, the patient felt well. Pre-existing conditions were not remembered.

After exclusion of neurosyphilis, a guideline-compliant three times treatment with benzylpenicillin-benzathine intramuscularly was performed. This included healing of the syphilitic skin symptoms with a decrease in titer.

Lyme disease" includes all clinical manifestations of human beings caused by infections with B. burgdorferi...

Pathogenetically heterogeneous dermatitis with acute, subacute or (frequently) chronic inflammation of the ... 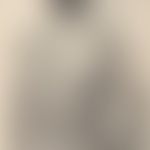 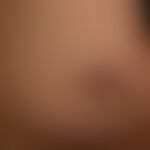