Chronic, therapy-resistant leishmaniasis of the skin and adjacent mucous membranes due to lympho- or hematogenic spread of the pathogens. It is possible that mucosal involvement is triggered or promoted by immunosuppression. The mucosal lesions occur during the cutaneous symptomatology or after a clinical interval of several years.

Often epistaxis (due to the early involvement of the nasal septum) is the first clinical sign of mucocutaneous progression of the disease. First skin lesions are found between the upper lip and the nasal septum. Initially recurrent, later persistent swelling of the lips and nose occurs, which becomes fibrous over the course of months. Noticeable are bulging, hardened upper lips (facies leishmaniotica); redness and bulging swellings of the tip of the nose (tapir nose).

The destruction can spread to the nasopharynx with destruction of the palate and tongue. Involvement of the larynx, pharynx and trachea lead to complicating secondary processes such as hoarseness, difficulty swallowing, obstruction of the upper airways. Cause of death is often an aspiration pneumonia.

Differentiated form of B lymphocytes and site of immunoglobulin synthesis. Antibody-producing plasma cells,...

The leech therapy is one of the derivation procedures. The leech is a ringworm that lives in Europe in fres...

Congenital or acquired, irreversible hairlessness ( alopecia) due to nevoid, inflammatory, neoplastic or tr...

Reversible pigment spots that appear after tanning and recede during the months with little sunshine. They ... 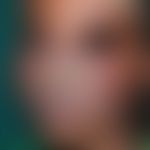