The GJB2 gene (GJB2 is the acronym for gap junction protein beta 2) is a protein-coding gene located on chromosome 13q12.11. GJB2 encodes connexin 26, a family member of the gap junction proteins. Mutations in the GJB2 gene are associated with various diseases. For example, isolated deafness can occur depending on the location of the mutation within the GJB2 gene. Connexin (Cx) 26 mutations induce more than 50% of the incidence of non-syndromic deafness in different human populations. Other mutations lead to various forms of palmoplantar keratosis as well as Hysterix-like ichthyosis, with or without deafness. Furthermore, there may be reduced immune defenses and increased carcinogenic potential.

Diseases associated with GJB2 include:

The large number of disease mutants provides unique opportunities to gain insight into the underlying function of gap junction proteins and their channels in the normal and pathogenic physiology of the cochlea and epidermis.

Connexins (Cxs), also called gap junction proteins, are phylogenetically very old, integral membrane-spanning proteins and function, among other things, as structural proteins in the hexamer structures of gap junctions. Connexins are named after their molecular weight (e.g. Connexin 26 with 26 kDa). They are involved in tissue homeostasis and act at multiple levels of communication.

Gap junctions are dodecameric channels that connect the cytoplasm of adjacent cells. They are formed by the docking of two hexameric hemichannels, one from each cell membrane. Gap junctions allow intercellular communication and enable cells to have synchronized responses to various intercellular signals. This is accomplished by regulating the influx or efflux of small molecules (< 1000 Da) as well as ions between the cytoplasms of adjacent cells. In the skin, gap junctions are involved in the coordination of growth and differentiation of keratinocytes, among other things (see cell contacts below).

To date, more than 30 different connexins have been described in vertebrates. The most important connexins in human skin are connexin 43 (Cx43) and connexin 26 (Cx26).

Connexins are phylogenetically very old integral membrane proteins and function, among other things, as str...

Reactive (benign) endothelial proliferation occurring during the organisation of a thrombosed vessel, prima...

Pathogenetically heterogeneous dermatitis with acute, subacute or (frequently) chronic inflammation of the ... 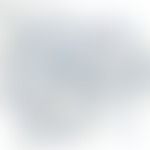