The membrane-associated protein encoded by this gene belongs to the superfamily of ATP-binding cassette transporters (ABC). ABC proteins transport various molecules across extracellular and intracellular membranes. ABC genes are divided into seven different subfamilies (ABC1, MDR/TAP, MRP, ALD, OABP, GCN20 and White). The protein encoded by the ABCA12 gene is a member of the ABC1 subfamily, a single large ABC subfamily found exclusively in multicellular eukaryotes. Alternative splicing of this gene results in multiple transcript variants.

Terpineol consists of a mixture of the isomeric compounds, alpha-, beta-, gamma- and delta-terpineol as wel...

Akiyama M et al (2005) studied patients from 4 harlequin ichthyosis families and identified 5 different ABCA12 mutations that were present in either a heterozygous or homozygous state. All mutations resulted in truncation or deletion of highly conserved regions of ABCA12. These ABCA12 defects resulted in congested lipid secretion in cultured HI keratinocytes. Corrective gene transfer of ABCA12 restored LG lipid secretion. Thus, it can be demonstrated that ABCA12 functions as a lipid transporter of epidermal keratinocytes and that a defect of ABCA12 leads to a loss of the lipid barrier of the skin and thus to harlequin-ichhyosis. Akiyama M et al mention the possibility of gene therapy.

The ABCA12 transporter transports lipids such as glucosylceramides from the outer to the inner leaflet of the membrane of lamellar granules (LGs), eventually transporting the lipids via the trans-Golgi network and LGs to the periphery of keratinocytes and releasing them at the apical surface of granular keratinocytes to form lipid lamellae in the stratum corneum of the epidermis, which are essential for skin barrier function. At the same time, the protein is involved in the transport of proteolytic enzymes associated with lamellar granules, which in turn regulates keratinocyte desquamation and differentiation. In addition, it is essential for the regulation of cellular cholesterol homeostasis by regulating ABCA1-dependent cholesterol efflux from macrophages through interaction with NR1H2 and ABCA1.

Islet cells: Mice with a β-cell-specific deletion of Abca12 and associated deficiency of the lipid transporter ABCA12 show impaired glucose-stimulated insulin secretion and eventual islet cell inflammation and β-cell death. Loss of ABCA12 leads to defects in the formation and fusion of secretory insulin granules and an increase in lipid rafts at the cell membrane. These results provide evidence for a novel, pleiotropic role of ABCA12 in the regulation of lipid homeostasis and insulin secretion in the pancreas (Ursino GM et al. 2020). 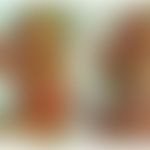