ABC transporters (ABC = acronym for "ATP-binding cassette" transporter/transport proteins) comprises one of the largest known, highly conserved protein superfamilies (membrane proteins), which are responsible for a large number of physiologically important processes. The family of human ABC transporters can be divided into seven subfamilies (ABC A-G) with a total of 49 different genes and 21 different pseudogens.

The ABC-transporters are expressed in secreting epithelia such as intestine, kidney, liver.

Structure of ABC transporters: Normally, a eukaryotic ABC transporter is present as a dimer, each of the monomers consisting of a hydrophobic transmembrane domain (TMD) and a hydrophilic domain containing the ATP-binding cassette. The hydrophobic transmembrane domain mediates substrate transport and is responsible for specificity. In humans, however, most of the 49 ABC transporters known so far are monomers. However, these also consist of a total of two TMD and two ATP-binding cassettes.

ABC transporters are of considerable medical importance. Among other things, they play a major role in the resistance of potentially pathogenic bacteria to antibiotics and antifungal and cytostatic agents.

In humans, mutations in a gene coding for an ABC transporter can lead to various metabolic diseases. These include:

Mutations of the ABCC6 gene have been identified as the cause of Pseudoxanthoma elasticum. The ABCC6 gene encodes the ABCC6 protein (1503 amino acid-sized protein) and maps on chromosome 16p13.1.

Mutations in the ABCC11 gene are extremely common (in almost 100% of the Korean population). One of the effects of the defect is that the carriers of this mutation have a very weak body odour.

Mutaions in the ABCA12 gene on chromosome 2q35 encode an ABC transporter which is involved in the lipid transport of the lamellar granules to the apical membrane of the keratinocytes in the statum granulosum. Clinically, recessive nonsense mutations lead to harlequin ichthyosis (OMIM 242500 ).

Less severe missense mutations of the ABCA12 gene lead to a milder variant of this autosomal recessive congenital ichthyosis (OMIM 601277).

Mutations in the CFTR gene, lead to the clinical picture of cystic fibrosis (for the special feature of the EFTR transporter see transporter below).

ABC-transporters fulfill very different transport tasks: Many of these transporter systems transport small molecules into the cell by interacting with a substrate binding protein localized in the periplasm (in Gram-negative bacteria) or anchored in the cytoplasmic membrane by a lipid residue. For example, sugars, amino acids, peptides, phosphate esters, inorganic phosphate, sulphate, molybdate, metal cations, iron chelate complexes, vitamins and polyamines are taken up. Other systems export drugs or polysaccharides through the cytoplasmic membrane. These ABC systems are often referred to as type 2.

Chronic, localized or generalized disease of the skin, in which, under the influence of intrinsic or extrin... 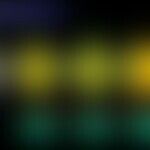