Toxic dermatitis after contact with jellyfish with the formation of streaky or grouped, highly itchy or burning erythema or papulovesicles at the contact points, possibly with the appearance of deep necroses. The severity of the disease depends on the jellyfish species, the duration and intensity of contact, the body part and individual sensitivity. Allergic reactions (cross-allergens!) up to anaphylactic shock may occur.

Cnidarians and the most important representatives relevant for humans

With over 7000 species, this is the largest class within the cnidarians. The best known representative is the sea anemone, which grows as "flower-like" polyps on solid ground. They can be found in all seas from shallow water to 10,000 m depth. The neurotoxins of this jellyfish species are harmless to humans.

Umbrella jellyfish are also found in large quantities in the North Sea and Baltic Sea worldwide. Here the most common representatives are ear and fire jellyfish.

Visitors to the North Sea and Baltic Sea often get to see these harmless jellyfish with their large umbrella. The poison of the ear jellyfish does not cause a noticeable skin reaction in humans.

This jellyfish species occurs in the North Atlantic as well as in the North Sea and the western Baltic Sea. It is characterized by its yellow-orange screen and long tentacles. The netting leads to painful redness and itching; blistery reactions or cardiovascular problems are less frequent.

Therapy: To remove the tentacles in the skin, the contact points should be sprinkled with dry sand which is then dried, scraped with a bank card or the back of a knife (the tentacles are rubbed off). Rinsing with fresh or salt water should be avoided, as this will inevitably lead to the discharge of intact nettle cells still in the skin! As an alternative to sand, shaving foam can be used (foreseeably not available on the beach), which is then carefully scraped off with a wet razor.

Its name is derived from its cuboid or cubic shape. Their tentacles can be up to 3 m long. They populate all tropical and subtropical seas worldwide and are fast swimmers. Occasionally they were also found off the Portuguese coast as well as in the Mediterranean.

Carukia barnesi, a very small cube jellyfish, whose screen is hardly more than 1.0 cm in size, triggers Irukandji syndrome on contact with the skin, with severe abdominal radiating back pain lasting days to weeks. 1-2 hours after jellyfish contact, sudden hypertension and increasing heart failure with pulmonary oedema developing over hours can occur. Heart failure and cerebral haemorrhage can be the death toll. An antiserum for poisoning by cube jellyfish is available in Australia at best

The best known representative of the cube jellyfish is the sea wasp , which is found in large numbers on the north and east coast of Australia. The sea wasp is considered to be the most poisonous sea animal of all. Every year more people die from the consequences of a sea wasp netting than from shark attacks! The neurotoxic poison leads to paralysis of the skeletal and heart muscles and, depending on the extent of the poisoning, to cardiac arrest. Immediately after contact with the nettle threads, a devastating pain occurs at the contact points, which increases and decreases in waves every quarter of an hour. Cardiac dysfunction with arrhythmia and respiratory insufficiency can quickly lead to heart failure and respiratory arrest (sudden drowning). Extremely painful striated urticarial lesions, including small or large vesicles, develop at the contact points. Necrosis and wound healing disorders and analogous scarring often occur. Long-lasting pain, possibly even permanent paralysis can be the result.

The sea wasp season lasts from November to May. During this time, bathing in seas rich in sea wasps should be avoided. Sea wasps washed up on the beach should not be touched. The nettle cells remain intact for weeks, even when the jellyfish are dried-out.

Therapy: The therapy of choice is an immediate local treatment with 5% wine vinegar (stops the danger of the urticaria organs still stuck in the skin exploding. If necessary, sand can also be sprinkled on the contact points. The use of salt or fresh water should be avoided. An antivenome (Box Jellyfish Antivenome) is available in the clinics in the region and should be administered by experienced therapists.

The most important representative is the Portuguese galley (Physalia physalis), which lives off Australia and on the coasts of the Pacific and Atlantic. Its hives poison can be fatal in weakened persons or children in extreme cases. Although the shape of this jellyfish species is reminiscent of a classic jellyfish, it consists of a whole colony of different polyp colonies. Physalia physalis occurs mainly in tropical and subtropical regions (also off the coasts of the Canary Islands, Portugal, northern Spain and in the Mediterranean Sea off Mallorca and Ibiza). Its tentacles are up to 30 m long.

Therapy: Washing off with 5% wine vinegar. Do not wash with fresh water or sea water. If necessary, rub with sand.

Immunoglobulin G, also known as IgG or gamma globulin, refers to a globulin fraction that differs from othe...

Remember! Only completely dried mucus should be scraped off mechanically!

Information on emergency measures. Wearing silk stockings in high-risk waters is recommended by some authors as protection for the (particularly exposed) legs.

Remember! To avoid after exposure are: fresh or salt water (no showering!), wet sand, mechanical manipulation.

In principle, all jellyfish contacts in the sea carry a high risk of drowning. Due to the sudden strong pain, the person concerned panics, breathes water if unconscious for a short time and drowns.

Among the most important methods in operative dermatology are, besides near flap plasty, free skin transpla...

Clinical-morphological descriptive name for an acute or chronic dermatitis of different aetiology of the bu...

Chronic hand eczema is defined as "hand eczema" which does not heal over a period of 3 months despite adequ...

Hormone of the adrenal cortex. 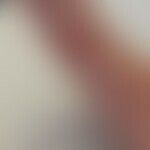