During antigen presentation, the body's own and foreign molecules (antigens) are loaded onto specialized protein complexes and thus made recognizable to certain immune cells. Antigen presentation takes different routes, which are defined by the type of antigen presented (peptide structure or lipids), the origin of the antigen (intra- or extracellular) and by the identity of the presenting complex = major histocompatibility complex (MHC) class I, major histocompatibility complex (MHC) class II or by CD1 peptides.

Exogenous proteins are taken up by antigen-presenting cells (APC) into organelles (phagosomes, endosomes, macropinosomes) by the cell in question via various processes (phagocytosis, endocytosis or macropinocytosis). These organelles fuse with the enzyme-rich lysosomes as well as with each other. In these organelles, the proteolytic breakdown of proteins into peptides takes place. The peptides processed in this way join with the MHC protein to form an MHC-peptide complex. This is then transported to the cell surface where it is recognized by the specific TCR complex of CD4-positive lymphocytes. A "recyclin pathway" then allows the unloading or reloading of the MHC-II molecules with peptides.

In this pathway, cytosolic proteins of endogenous, viral or microbial origin are broken down into peptide fragments by the proteasome. Microbial proteins in this case originate from phagosomes, where they have been taken up and from where they can in turn enter the cytosol. The proteasome, a cylindrical protein complex, is the central site of protein degradation. The proteasome degrades non-folded proteins into peptide fragments by ATP-dependent proteolysis. After the peptides, which have now been broken down into small units, have left the proteasome, they bind to a heterodimeric transporter complex called TAP (transporters of antigen processing). TAP transports the complex to the endoplasmic reticulum (ER). TAP assembles with the chaperones tapasin, calreticulin, calnexin and ERp57 to form the so-called "peptide loading complex" (PLC). This complex stabilizes the MHC-I protein, and subsequently enables its loading with peptides. The MHC-I peptide complex crosses the Golgi apparatus and is then transported to the cell surface, where it is recognized by the specific receptors of CD8-positive cytotoxic T lymphocytes .

Dendritic cells, macrophages and B lymphocytes act as antigen-presenting cells(APCs). The type of APCs with which a helper cell comes into contact plays a major role in determining its functional differentiation into TH1, TH0, or TH2 cells.

Exogenous lipid antigens are taken up into the cell via lipid receptors by phagocytosis or even endocytosis. After loading the CD1 molecules with new lipid antigens, the newly formed complexes are presented on the cell surface. Unlike the conventional pathway of antigen presentation of peptides by major histocompatibility family gene products, the players involved in CD1 antigen presentation were previously unknown. Recently, it has been recognized that the proteins saposin-C (SAP-C) and saposin-A play important roles in the processing of lipid antigens. Both saposins are able to transfer lipids (e.g. lipids from a bacterial membrane) to the CD1 molecule so that they can be presented as antigens.

Maculopapular cutaneous mastocytosis (urticaria pigmentosa of the old nomenclature) is by far the most comm... 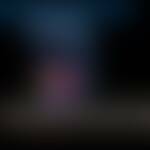 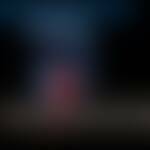