Lactobacilli are a family of immobile, gram-positive, sporeless rod-shaped bacteria that can ferment glucose to lactic acid. They belong to the order of lactic acid bacteria (Lactobacillales), which includes other families.

Lactobacilli are catalase- and oxidase-negative. Most representatives of the family Lactobacillaceae tolerate only a low oxygen content in their environment and are therefore also called microaerophilic. Some species are obligate anaerobes. A special feature of lactobacilli is the formation of bacteriocins. These are proteins or peptides that have a toxic effect on competing bacterial species or hinder their growth. Bacteriocins produced by lactobacilli include lactacin-F and bavaricin-A.

Lactopbacilli are commensal inhabitants of the animal and human gastrointestinal tracts as well as the human mouth and vagina. Commercial preparations of lactobacilli are used as probiotics , e.g. to restore normal flora after an imbalance caused by antibiotic therapy.

Examples of other well characterized Lactobacillus species are:

The amount of lactic acid produced by different Lactobacillus organisms varies. In several species, including L. acidophilus, L. casei, and L. plantarum, glucose metabolism is described as homofermentative because lactic acid is the primary byproduct andaccounts for at least 85 percent of metabolic end products. However, in other species, such as L. brevis and L. fermentum, glucose metabolism is heterofermentative, with lactic acid accounting for about 50 percent of the metabolic byproducts and ethanol, acetic acid, and carbon dioxide accounting for most of the other 50 percent. Certain other heterofermentative Lactobacillus organisms are relatively inefficient in their glucose metabolism and must obtain their energy from other types of organic compounds such as galactose, malate, or fructose.

The species found in the vagina are called Döderlein`s rods. They form lactate from glucose and are responsible for the acidic vaginal environment. Furthermore, they also inhibit the growth of other pathogens by producing bacteriocins. About 20% of the vaginal lactobacilli also produce oxygen peroxide and thus strengthen the component against foreign microorganisms.

Lactobacillus delbruecki variatio bulgarica originates from the stool of a 100-year-old Bulgarian (probiotics).

Generalized infections with lactobacilli are rare. Endocarditis and sepsis have been described. Most strains are sensitive to cephalosporins and penicillins.

In virology, reassortment refers to the exchange or mixing or redistribution of genetic information between...

Penicillins, also penicillins (from Latin "penicillium" brush mould), refers to a group of antibiotically a...

A virus is a particle (15-300 nm) composed of at least nucleic acids and proteins, which is able to penetra... 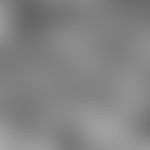