TRPC7 is the acronym for Transient Receptor Potential Cation Channel Subfamily C Member 6D, a receptor-activated (redox-regulated) Ca2+-permeable, non-selective cation channel that contributes to homeostasis of cytosolic free Ca2+ concentration.TRPC7 is encoded by the gene of the same name located on chromosome 5q31.1. TRPC7 channels are directly activated by the messenger diacylglycerol (DAG), but not ( in contrast to TRPC6) by low intracellular calcium levels (Dietrich A et al. 2007).

TRP channels are phylogenetically early signaling pathways (they can already be detected in yeast cells). The first TRP channel was identified in 1989 in connection with visual perception in Drosophila melanogaster. In a Drosophila mutant (trp343), it was shown that its photoreceptors responded to light stimuli only with a transient, i.e. rapidly inactivating, membrane current. In the non-mutated wild type, however, the current flow persisted as long as light hit the photoreceptor. The mutant protein -TRP- was cloned in 1989. Thus, the name "transient receptor potential" - TRP- refers to the description of a phenotype of a mutant of the fruit fly Drosophila melanogaster. TRP channels exert important functions in primary signaling pathways for the regulated influx of Ca2+ into a cell in both vertebrates and non-vertebrates. TRP channels in humans play an important role in the sensation of different types of taste (sweet, bitter, umami) as well as in the perception of pain, heat, warmth or cold, pressure and light. It is believed that some TRP channels in the body behave like microscopic thermosensors. To date, 28 TRP channel genes have been identified in mammals (Nilius B et al. 2011).

TRPC is the acronym for "transient receptor potential cation channel, subfamily C".
TRPCs represent a group of receptor-operated, calcium-permeable, non-selective cation channels of the TRP superfamily. Structurally, members of this family possess a number of similar features, including 3 or 4 ankyrin repeats near the N-terminus and a TRP box motif at the proximal C-terminus. Cryogenic electron microscopy was used to visualize several high-resolution structures of TRPC channels with channel structures. TRPCs are permeable to cations, although the prevalence of calcium over sodium is variable among the different members. TRPC7 is the most recently identified member of the TRPC family.

Gq-coupled protein receptor activation is the predominant mode of TRPC7 activation. Lipid metabolites involved in the phospholipase C (PLC) pathway, such as diacylglycerol (DAG) and its precursor, phosphatidylinositol-4,5-bisphosphate (PIP2), have been shown to be direct regulators of the TRPC7 channel (Numaga T et al. 2007).

The most frequent light dermatosis induced by UV radiation, appearing after a latency period of hours or a ...

Melanin-producing dendritic cell (of neuroectodermal origin) located between the keratinocytes of the strat...

17-beta-estradiol is the essential estrogen of the sexually mature woman, from the granulosa cells of the m... 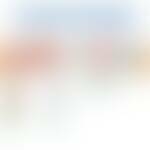