KRAS is the acronym for "Kirsten rat sarcoma viral oncogene". KRAS is the most common human driver oncogene, which, like HRAS and NRAS, belongs to the RAS oncogene family. KRAS encodes the KRAS protein of the same name. The KRAS protein is a monomeric polypeptide consisting of 189 amino acids. It transmits growth signals from theepidermal growth factor receptor(EGFR).

KRas thus acts as a central switch point in a number of signal transduction pathways involved in the regulation of cell growth and differentiation. This key position in the development of tumors made the KRas protein an important target in the development of oncological drugs. Mutations in the encoding KRAS gene result in a pathological gene product. The oncogene contributes to a permanent activation of this pathway and thus to carcinogenesis (see also under pertuzumab).

The molecular pathological determination of the KRAS mutation status plays an important role especially in metastatic colorectal carcinoma. Detection of a mutation in the KRAS oncogene is a negative predictor and predicts that treatment with an EGFR antagonist (e.g. pertuzumab) will be unsuccessful. Survival of patients without KRAS mutation is significantly higher than those KRAS mutated.

Occurrence
This section has been translated automatically.

Current evidence indicates that KRAS-G12C mutation has no prognostic significance in non-metastatic CRC, but is associated with worse prognosis in recurrence and metastatic setting.

Mutations in the KRAS gene are responsible for physical malformations (including short stature, facial anomalies, heart malformations), known as Noonan syndrome and as CFC syndrome(cardio-facio-cutaneous syndrome). Other mutations increase the risk of cancer.

Postzygotic mutations in the HRAS gene (95% of cases) and less frequently in the KRAS gene (5%) are present in nevus sebaceus.

Cytostatic drug, vinca alkaloid which is semi-synthetically extracted like vincristine from vinca rosea, an...

EGf refers to a family of transmembrane growth receptors (see below growth factors) to which 4 closely rela...

Very rare genetic disorder with a typical and complex pattern of congenital anomalies and developmental dis... 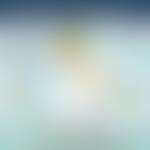