The use of MDMA as an intoxicating or recreational drug (party drug; recreational drug) first occurred in the USA and eventually spread worldwide. The American Drug Enforcement Administration (DEA) banned the drug in 1985 in the USA; a year later the World Health Organization (WHO) issued a worldwide ban. Since the 1990s, MDMA has been one of the most widespread illegal drugs, along with cannabis, cocaine and amphetamine.

Ecstasy is available in pill form, in crystalline form or as a powder, also filled in capsules. MDMA is usually swallowed, rarely snorted or introduced rectally. Amphetamines are generally well absorbed by all mucous membranes. They are easily soluble in fat and easily cross the blood-brain barrier. In the liver, amphetamines are either deaminated at the side chain or hydroxylated at the aromatic ring and thus excreted with the urine. The onset of action occurs after approx. 30 minutes if taken orally, after a few minutes if snorted, and after approx. 30 minutes if applied rectally. The duration of action after oral application is 4-6 hours.

MDMA acts in the CNS as a releaser of the endogenous monoamine neurotransmitters serotonin and noradrenalin, and with a somewhat weaker effect also dopamine. Amphetamines are similar in their chemical structure to dopamine and displace it in the storage vesicles of the presynaptic neuron. Dopamine thus diffuses into the synaptic cleft and stimulates the postsynaptic neuron. The consequences are: feelings of hunger and thirst as well as fatigue are significantly reduced after ingestion, attention is increased. MDMA suppresses the perception of negative feelings and increases the ability to perceive positive feelings. Inhibitions are reduced and the need for contact is increased. Touches and acoustic stimuli (e.g. music) are felt more intensely. The effect is described as empathogenic and entactogenic (entactogens are substances that allow touching one's own inner being).

Typical dermatological concomitants of long-term abuse with MDMA are acne-like phenomena in the facial area "ecstasy pimples" (Gómez-Fernández C et al. 2010). In the case of frequent rhinitis of MDMA, the nasal mucous membranes and the nasal wall can be damaged.

Few deaths are attributable to an overdose of MDMA alone. It is often mixed with other drugs, which can then trigger life-threatening interactions. The figures for a lethal dose vary between 5-fold and 20-fold single dose (50-100mg).

Apalutamide is an orally administered, pure androgen receptor antagonist of the 2nd generation. It binds to... 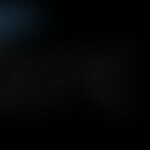