Vitamin B3 belongs to the water-soluble B vitamins. It is also called niacin. Niacin comes in two forms:

The organism can convert both forms into each other; furthermore, it can form niacin itself from the amino acid tryptophane (thus the. Niacinamide is part of the ubiquitous coenzyme nicotinamide-adenine-dinucleotide (NAD) and thus involved in all vital metabolic processes - including the synthesis of adenosine triphosphate (ATP). In contrast to nicotinic acid, the intake of niacinamide does not cause flush and does not lead to an increase in the uric acid level.

Vitamin B3 is sufficiently absorbed with the daily diet. It is mainly present in animal products such as meat, fish and offal (e.g. liver). Vegetable products contain only a small amount of nicotinic acid. Vegetarians can supplement their vitamin B3 requirements with cashew nuts, peanuts, dates, apricots, bananas and pulses.

Nicotinic acid is authorised in the EU under the number E 375 as a food additive.

Vitamin B3 daily requirement of the awakened person:

Topical effects of vitamin B3: The positive properties of vitamin B3 and its derivatives as an active ingredient in cosmetics are manifold and well documented. Topical concentrations of 2-5% are necessary for its effects. In cosmetology, vitamin B3 is used in 3 forms: niacinamide, nicotinic acid and nicotinic acid ester.

Niacinamide increases the synthesis of ceramides and other lipids in keratinocytes. Furthermore, it acts as a radical scavenger, anti-inflammatory and improves the skin texture (Bissett DL et al. 2004). Niacinamide promotes DNA repair and inhibits the melanosome transfer from melanocytes to keratinocytes and thus reduces skin pigmentation. Nictoinamide is a well-dosed candidate for bleaching creams (Drago F et al. 2816).

Niacin deficiency in yeast cultures leads to an upregulation of sirtuins and to increased DNA damage, an effect which is reversible by niacinamide and reversatol. Sirtuin activation also increases the sensitivity to UV damage.

In yeast cultures, it has been shown that a niacin deficiency leads to an upregulation of sirtuin 2 and sirtuin 4 and to increased DNA damage. Sirtuin activation further increases the sensitivity to UV damage. Nicotinamide and also resveratol inhibit sirtuin 1 activation (ZhaoY 2016, Bayerl C 2017).

A persistent undersupply of vitamin B3 e.g. as a result of a permanently unbalanced, low niacin diet with untreated maize or millet products leads to the clinical picture of pellagra. With advanced symptoms, the so-called "4 Ds" dermatitis, diarrhoea, dementia and death.

An overdose of niacin (e.g. through dietary supplements) can lead to side effects such as reddening of the skin, sensation of heat, pruritus, hepatotoxicity and gastrointestinal complaints.

Remarkable is the (repeatedly confirmed) protective effect of vitamin B3 (2x 500mg) on UV-induced malignant epithelial tumours (Cheng AC et al. 2015). In a larger collective, actinic keratoses were reduced by 20% compared to the control group, basal cell carcinomas by 20% and squamous cell carcinomas by 30%.

Chronic hair follicle inflammation, which is characterized by curved growing hair shafts in the beard area ...

Most common type of hair loss realized by androgens in men and women. Emergence of the genetically determin...

Squamous cell carcinoma of the skin

Malignant epithelial tumor of the skin with destructive growth and metastasis. Squamous cell carcinoma is t... 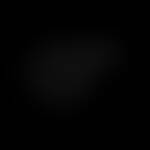