(¤ 1835, † 1886) Auspitz came from the "Auspitz" of an area around his birthplace Nikolsburg (Mikolov)/Czech Republic. He was born there on 2.9.1935 as the son of a Jewish general practitioner. Auspitz studied medicine from 1853-1858 in Vienna. In 1858 doctorate. 1862-1864 dermatological training at the clinic for skin diseases under Ferdinand v. Hebra. Habilitation in 1863. After 1864 further training at the Histological Institute of Carl Wedl. Common terms in histopathology such as acantholysis and parakeratosis were coined by Auspitz at that time. In 1869 he founded the first German-language dermatological journal "Archiv für Dermatologie und Syphilis" together with Filipp Josef Pick. 1875 appointment as professor and associate professor in Vienna. 1870 he published his study on the dependence of epidermis and corium. Unfortunately Auspitz was not offered a position at the General Hospital. In 1872 he opened the General Polyclinic together with other colleagues, which matured into a "stronghold of specialization" under his direction. Together with Paul Gerson Unna, his most famous and successful student, he published his classic work on the histology of syphilis in 1877. In 1880, after Karl v. Siegmund retired, Auspitz was to take over the syphilis department as his successor. Probably due to an intrigue, Isidor Neumann was preferred to him at the last minute. 1884, as successor of Hermann v. Zeissl, appointment as director of the 2nd syphilis department at the General Hospital in Vienna. His research interests were: Lupus vulgaris, Lupus erythematosus, Syphilis. Auspitz saw himself as an advocate of the doctrine of uniformity, the uniformity of syphilis and soft chancre in venereal diseases. The name Auspitz is still conveyed to medical students today by the so-called Auspitz phenomenon, a clinical phenomenon in psoriasis, which was previously described by Alphonse Devergie, Robert Willan and Ferdinand v. Hebra, among others.

Sporadic, only rarely family-occurring disease similar to acanthosis nigricans or combined with acanthosis ... 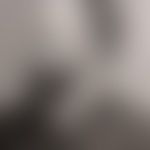