Morpholine, a derivative of diethanolamine (DEA), is an organic, heterocyclic, liquid with an ammonia-like odour and the molecular formula C4H9NO. Morpholine is soluble in water, ethanol and acids. The saturated six-membered ring contains both an ether group and a secondary amine group.

Lactones are heterocyclic compounds which contain an ester bond within the molecule, i.e. an oxygen bridge ... 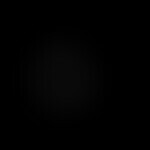