T-helper lymphocytes, in short Th lymphocytes or Th cells, represent a subpopulation of T lymphocytes, which among other things express the CD4 antigen on their surface as the most important recognition feature. They only recognize antigens that are presented by MHC class II molecules on APZ. T-helper lymphocytes play a central role in controlling the immune response. Besides regulatory functions, they also perform effector functions.

Th17 lymphocyte:Another T-helper cell subgroup is the Th17 lymphocyte, also called Th17 cell. Th17 cells produce cytokines of the interleukin-17 family (IL-17A, IL17F) as well as interleukin-21, interleukin-22 and TNF. The Th17 lymphocyte plays an essential role in the regulation of inflammatory processes. Here, interleukin-6 is a necessary signal that coordinates the conversion of a naive CD4-positive T cell into a TH17 cell. A number of autoimmune diseases are attributed to autoreactive Th17 cells. Th17 cells also play a pathogenetic role in contact allergic reactions. Finally, the function of TH17 lymphocytes has not yet been conclusively clarified.

The regulatory T lymphocyte (Treg cell) is another differentiated Th cell, which is not defined by the expression of a specific cytokine pattern like the other Th lymphocytes. The regulatory T lymphocytes (natural Tregs) are formed directly in the thymus and suppress the proliferation of T cells. They can thus suppress an inflammatory (Th1, Th2 and Th17) immune response and are responsible for immunotolerance to different antigens. This mechanism is ultimately not yet understood. A cell-contact-dependent suppression, a suppression via the pleiotropic TGF-beta or via interleukin-10 can be detected.

Thf lymphocyte (follicular Th lymphocyte) is a differentiated Th cell involved in the regulation and stimulation of B lymphocytes to produce T cell dependent antibodies and to change antibody classes (from IgG to IgE). This process takes place primarily in the lymphatic germinal centres (lymph follicles).

Th9 lymphocyte: The function of the interleukin-9-producing Th9 lymphocyte is still largely unexplained. It plays a role in certain inflammatory processes.


General information
This section has been translated automatically.

Via receptors, the T-helper cells then pass on information about the pathogens to the killer cells, which then destroy the infected cells. On the surface of the T-helper cells are recognition molecules - the "CD4 molecules". They serve, for example, as receptors for the HIV virus. The virus attaches to the CD4 molecules and enters the cells via this transmembrane receptor.

In principle, Th cells can secrete a large spectrum of different cytokines. However, differentiated T cells only have a limited cytokine pattern. The respective phenotype of a Th cell response is of great importance for the development of allergological and other inflammatory diseases.

Acquired, unilateral or bilateral lymphedema as a result of acquired disturbances in lymph transport. S.a.u... 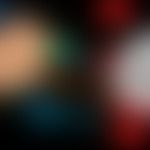 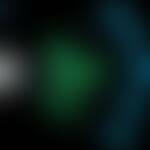